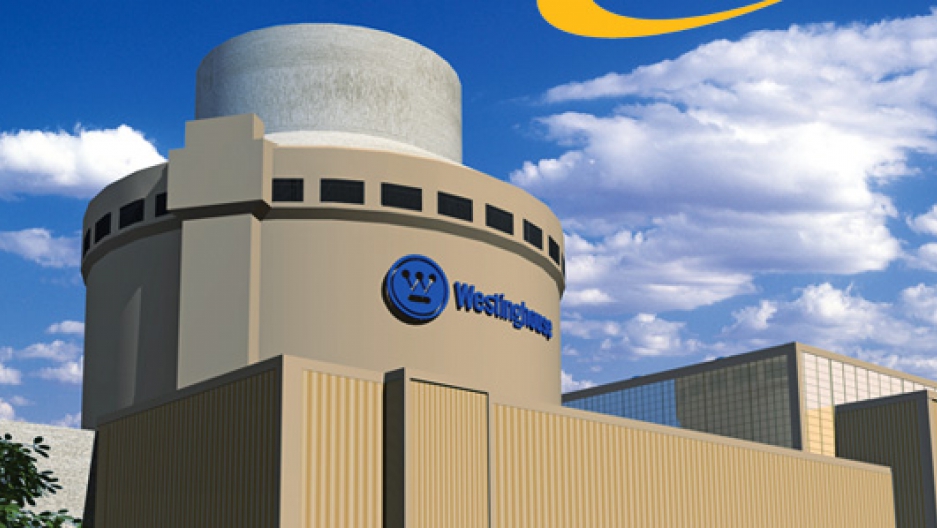 The Westinghouse AP 1000 nuclear reactor was approved for use in the United States shortly before Christmas. (Photo courtesy of Westinghouse.)

In December, the governmental body approved Westinghouse's AP 1000 reactor for use in the United States. No commercial reactors have been built in the United States in more than 30 years but Westinghouse, a subsidiary of Toshiba hopes this new technology, which is already being used extensively in China, will jump start the industry.

Leslie Kass, a Senior Director at the Nuclear Energy Institute, said the new design, known as advanced passive, has no features to make it safer than ever before.

"The AP 1000 reactor doesn’t require power or operator action to maintain safe shutdown for up to 72 hours," she explained. "And in the case of a Fukushima-like accident, you wouldn’t have a fuel melt because you don’t require any of the off-site power that they so desperately needed."

Approval didn't come without controversy. NRC Safety Engineer John Ma told the commission he was worried the building around the reactor could "crack like a glass cup."

Kass said Ma's concerns were reviewed extensively both by the commission and industry to make sure the design would stand up. After a four year review, the reactor gained approval.

The big step forward with this technology is that instead of each reactor being built from the ground up on site, reactors will now start their lives in a factory, where conditions can be more closely monitored while moving faster than with an on-site build.

The plan is "to have a standardized fleet of reactors worldwide, which is good for regulators," Kass said. "It’s less systems to learn and comprehend, it’s good economics because it’s repeat build, and it’s easier maintenance because you have similar components and designs."

Some are utilities in five southern states looking to build 14 of these new advanced passive reactors. The NRC has streamlined the process to build a new reactor so, in theory, it's easier to get a permit and build a plant. Now a construction and operating permit is issued at the same time. It also reduces the likelihood of a successful lawsuit to halt operations of a plant — once it's been built.

"There’s a very high bar to show prima facie evidence that the licensee has not conducted the construction in accordance with their license, that there were true defects," Kass said. "So frivolous lawsuits are kept out."

The new plants aren't cheap. A utility in Georgia is expecting to spent about $14 billion for two reactors. In South Carolina a consortium is looking at two reactors for $12 billion. The costs are fully load, for transmission and land acquisition and permitting.

Each pair of reactors would generate eneough power for 1.6 million homes.

The Obama administration wants to provide about $50 billion in loan guarantees to utilities who build new nuclear plants.

"We’re getting off to a slow start here in the United States," Kass said. "And I think, do a few carefully and then move forward. So once we prove the technology and the licensing process, it should certainly get easier to obtain financing."

Kass said the loan guarantees are worth it, and necessary, because nuclear power is so expensive and electric utilities are actually quite small. One of the largest electric utilities in the country has a total value of just $50 billion, so these companies are risking insolvency if the power plants can't be built.

Plus, she said, these plants provide thousands of construction jobs as well as hundreds of well-paying jobs for operators.

But the question remains of where the nuclear waste will go, once these new plants are operational.

"Politically, it’s a big problem. Technically, it’s not a big problem. We have the fuel securely stored at our sites," Kass said. "it’s not that large a problem — if you took all the used fuel from the 50 years of commercial operation of reactors here in the U.S., you’d have one football field about ten yards high."

Kass said this approval, along with approval to develop smaller reactors, anywhere from 25 to 300 megawatts, could lead to the long-discussed nuclear renaissance.

"There are 63 nuclear reactors under construction worldwide, and you see countries like China and India and Russia and several different countries in Europe moving forward with new reactors," Kass said. "Here in the U.S., again, we’re going to start slowly, but I think you’ll see as demand increases and as folks look to diversify their energy portfolio, nuclear certainly is an attractive option."