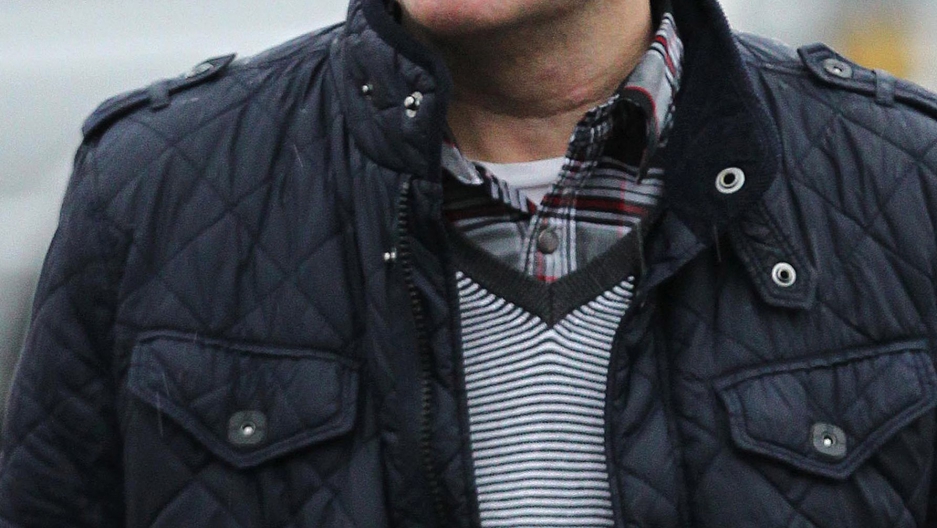 Brian Shivers, 46, was convicted on Friday of the murders of Mark Quinesy, 23, and Patrick Azimkar, 21, outside a military barracks in Co Antrim in 2009.
Credit: PETER MUHLY
Share

LONDON, UK – A dissident Irish republican, Brian Shivers, accused of murdering two unarmed British soldiers in Northern Ireland has been found guilty on all charges and sentenced to life imprisonment.

Shivers, 46, was convicted on Friday of the murders of Mark Quinesy, 23, and Patrick Azimkar, 21, outside a military barracks in Co Antrim in 2009, the BBC reported – the first such killings for more than a decade in Northern Ireland.

The judge at Antrim Crown Court concluded that Shivers – who is terminally ill – was one of two masked gunmen who sprayed off-duty soldiers with bullets as they collected pizzas outside the army base.

Shivers was also found guilty of six counts of attempted murder, and one of possession of two firearms and ammunition with intent to endanger life, according to the BBC.

The judge at Antrim Crown Court called the attack “ruthless and determined,” RTE News reported, describing how one of the gunmen reloaded his weapon at the scene. A number of the victims were shot repeatedly at close range as they lay injured on the street.

A second suspect, Colin Duffy, was acquitted of the murders, after the judge concluded there was insufficient evidence linking Duffy to the attackers’ getaway vehicle and proving his involvement, the Irish Times reported.

The non-jury trial lasted for six weeks, ending just before the holidays at the end of 2011. The judge took four weeks to consider his verdicts on both men.

Quinsey and Azimkar – who were due to travel to Afghanistan hours after they were murdered – were the first soldiers to be killed in Northern Ireland since 1997, according to the Associated Press.

In February of that year Lance Bombardier Stephen Restorick was killed by an IRA sniper as he chatted with a driver at a road checkpoint.