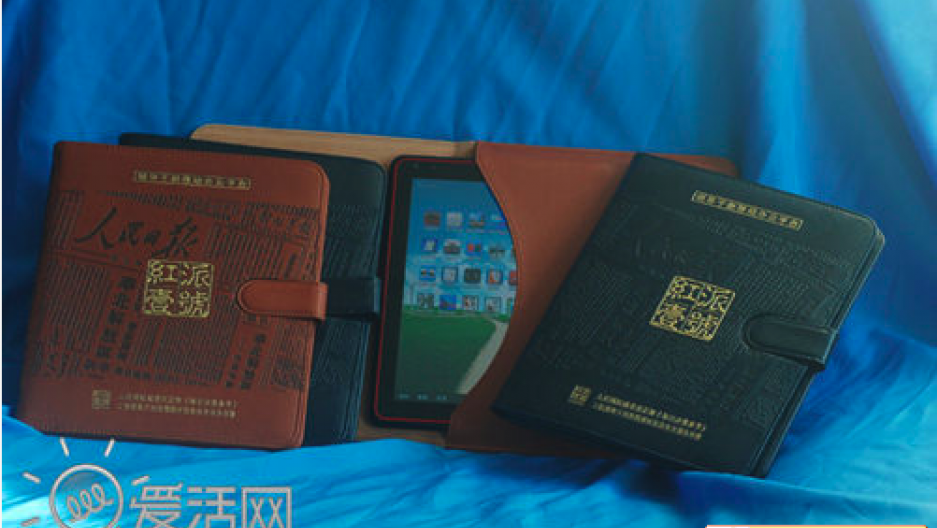 The RedPad comes in its own gold-embossed leather case.
Credit: Evolife.cn
Share

A Chinese manufacturer has launched its own version of the Apple iPad: the RedPad Number 1 (红派壹号).

The device, known in China as HongPai, is billed as a "new media mobile working platform for cadres, officials and policymakers" that will help them "master the online situation," The Times reported.

More from GlobalPost: Chinese hacker builds his own iPad

The 9.7-inch, Android 3.2 tablet comes pre-loaded with a range of pro-Communist Party apps – yet ironically has a retail price of 9,999 yuan ($1,580 USD), making it twice as expensive as an iPad in China, according to Asia tech news site Penn Olsen.

For an additional 3,800 yuan ($602 USD), users can access the private "daily political reference" app on the latest government-related news.

Some of the RedPad's other features include apps that allow users to check the validity of a journalist's government accreditation or read government-owned newspapers and microblogs, Reuters reported. According to the Wall Street Journal's China blog, a "daily political reference" app gives updates on the political instructions of senior policymakers, while another offers a way to gauge public sentiment streaming through cyberspace.

These specially selected apps are what makes the RedPad so expensive, its manufacturer told the Southern Metropolis Daily (via Penn Olsen). Liu Xianri, a spokesman for RedPad maker Hongpaiyihao, said:

"In a market economy, Red resources cost money too."

Lui explained that the RedPad was deliberately the priciest device on the market, since people think expensive things are good, so the most expensive thing must be the best.

Yet the price has caused concern among Chinese internet users, who have expressed concern that government officials will use taxpayer money to purchase the device. The WSJ cited one commentator, Yan Wei, who wrote:

"This is a computer exclusively designed for cadres. Using this, you won’t get sleepy during work or meetings and you will get a stronger body. Yes, only 9,999. Please order it using public funds!"

The Chinese online community has also written scathing reviews for the Red Pad, prompting the government to pull advertisements promoting the device.

Lui, however, said the RedPad was designed to compete with foreign brands – and assured that local governments would not force their employees to buy one.

More from GlobalPost: Four injured in brawl over iPad 2 at Apple store in Beijing (VIDEO)