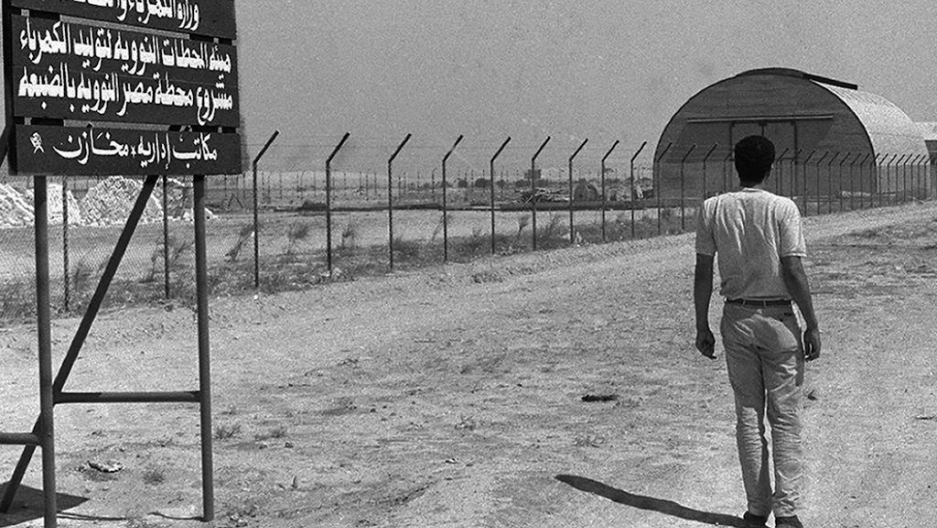 An undated file picture shows the site where Egypt plans to build its 900-megawatt pressurized-water-reactor nuclear power plant, on the edge of the town of el-Dabaa, 388 km northwest of Cairo.
Credit: Stringer
Share

Egypt reported that radioactive material was stolen from the site a nuclear power plant on its northern coast, according to Reuters.

The plant, which is unfinished and would be Egypt's first nuclear power plant, is located in a town called Dabaa and is west of Alexandria on the Mediterranean Sea. Protesters have been demanding the plant be relocated because they have lost land to the project. But the sit-ins escalated on January 13 and government security forces clashed with demonstrators.

Reuters reported: “Soldiers and the protesters hurled stones at each other and exchanged gunfire after the protesters demolished a wall surrounding the site, a security source and witnesses said.”

The plant's construction site was looted and vandalized earlier this week, resulting in LE500 million in losses.

There have been conflicting reports regarding the Nuclear Stations Authority committee that went to inspect the site on Thursday in order to assess the damages.

It was rumored that committee members refused to enter the site upon hearing that safes containing radioactive elements were missing.

However, Electricity Ministry spokesperson Aktham Aboul Ela denied that there were signs of radioactivity. “We found chemicals in two locations, but they are not hazardous,” he said.

Reuters reported that an official from the International Atomic Energy Agency in Vienna said what was stolen were "low-level radioactive sources," but would not elaborate. Egypt has requested assistance in recovering the stolen material.

More from GlobalPost: The 'black box' of Egyptian military power