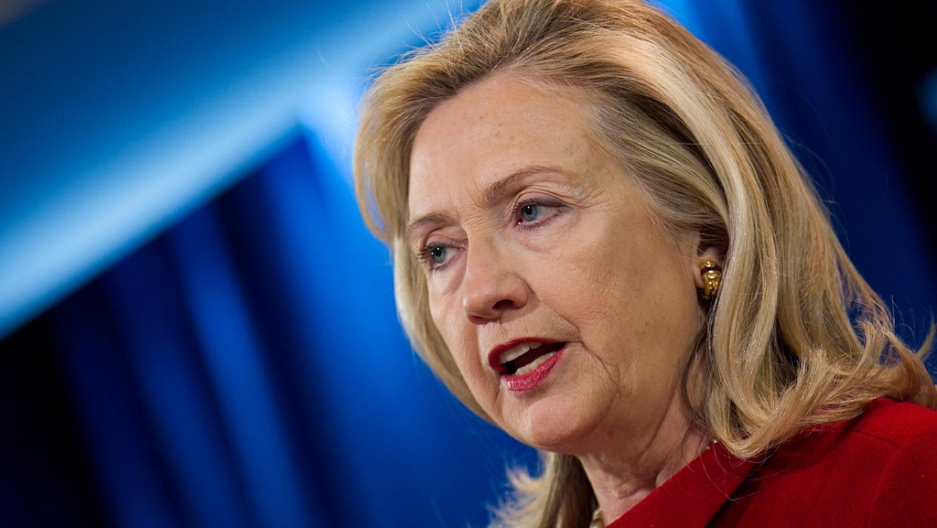 US Secretary of State Hillary Clinton has agreed to develop an international space code of conduct, as long as it doesn't restrict the US's military operations in space.
Credit: Win McNamee
Share

The United States has agreed to develop an international space code of conduct with Europe and other nations, as long as it does not restrict the US's national security interests in space, Space News reported.

The announcement was released in a written statement from Secretary of State Hillary Clinton, and comes after reports last week that the Obama administration would not sign a European draft of an "International Code of Conduct for Outer Space Activities" because it impinged on the US military's use of space, Reuters reported.

"It's been clear from the very beginning that we're not going along with the code of conduct," Ellen Tauscher, undersecretary of state for arms control and international security, told reporters on Thursday in Washington, DC, according to Space News. "It's too restrictive."

However, Clinton's statement has made clear that the US is open to a space code. As the statement reads:

The long-term sustainability of our space environment is at serious risk from space debris and irresponsible actors. Ensuring the stability, safety, and security of our space systems is of vital interest to the United States and the global community.

One of the main issues the code will look to solve is how to deal with debris in orbit around the planet. The problem gained attention after China launched a missile in 2007 to intentionally destroy one of its defunct weather satellites, Reuters reported.

There have also been a number of satellite crashes in recent weeks, including the Russian Phobos Grunt probe, which crashed into the Pacific on Sunday. Another Russian satellite, Cosmos 2176, is expected to re-enter the atmosphere this week, Network World reported.

“A Code of Conduct will help maintain the long-term sustainability, safety, stability and security of space by establishing guidelines for the responsible use of space," Clinton's statement said.

There are currently more than 10,000 pieces of junk orbiting Earth, including spent rocket bodies, discarded satellites and thousands of spacecraft fragments, Reuters reported.