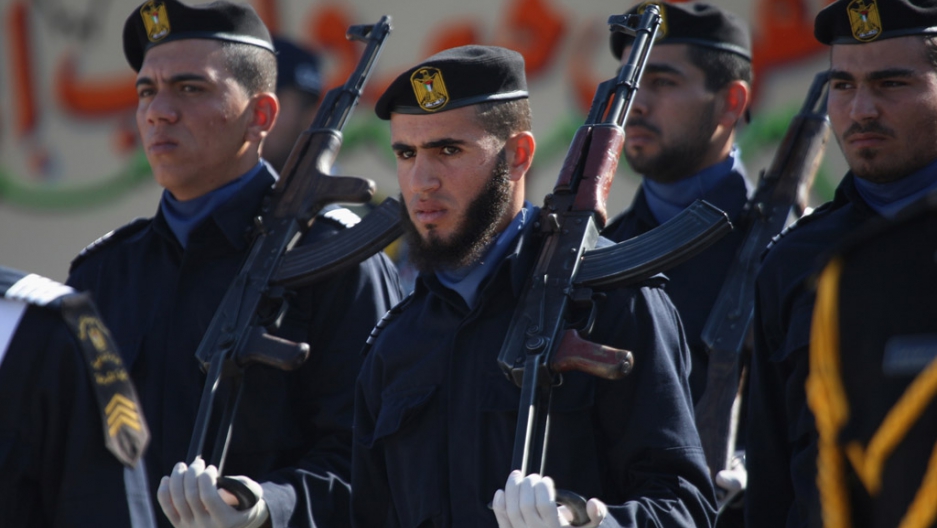 Hamas police officers march in formation in Gaza. Hamas militants may have been behind the stabbing of a prominent Palestinian rights activist.
Credit: Said Khatib
Share

Palestinian activist Mahmoud abu Rahma was released from the hospital Wednesday after he was stabbed and critically wounded last week.

Rahma is the director of international relations at the Gaza Strip-based Al Mezan Center for Human Rights, and is known for speaking out against Palestinian militants and leaders, The Los Angeles Times reported.

His masked attackers approached him on Friday night as he left his brother's home in Gaza, and stabbed him in the back, leg and shoulder. They remain unknown.

According to Al Mezan, Rahma was also attacked on Jan. 3 outside his own home, but he was not injured, The Jerusalem Post reported.

"Abu Rahma has received many threats on his mobile and email, including messages threatening his safety and life," Al Mezan Center said in a statement released Wednesday.

The attacks were most likely motivated by a recent article the activist penned for Maan News Agency, an independent Palestinian news source, titled "The Gap Between Resistance and Governance."

As Rahma writes in the article,

"Facts on the ground indicate clear examples where Palestinian citizens in Gaza and the West Bank find themselves clashing with the government and/or resistance,'' he wrote. "One can only wonder in such cases: Who will protect citizens from the mighty resistance and the powerful government when one, or both, harm them?"

The human rights center told the Jerusalem Post it had filed complaints with the relevant authorities in the Gaza Strip and urged them to take action. Palestinian reporters in the Gaza Strip said they believed Hamas militiamen were behind the assaults, according to the Post.

"I hope he will overcome this problem," Hatem abu Rahma, a cousin of the activist, told the Times. "The only way to get him back to his normal life is to punish the criminals."

However, Rahma said the attack would not deter him.

"This will not stop me from performing my duty as an activist in human rights and to continue writing articles," he told the Times in a telephone interview from his home in Gaza, where he is recuperating.