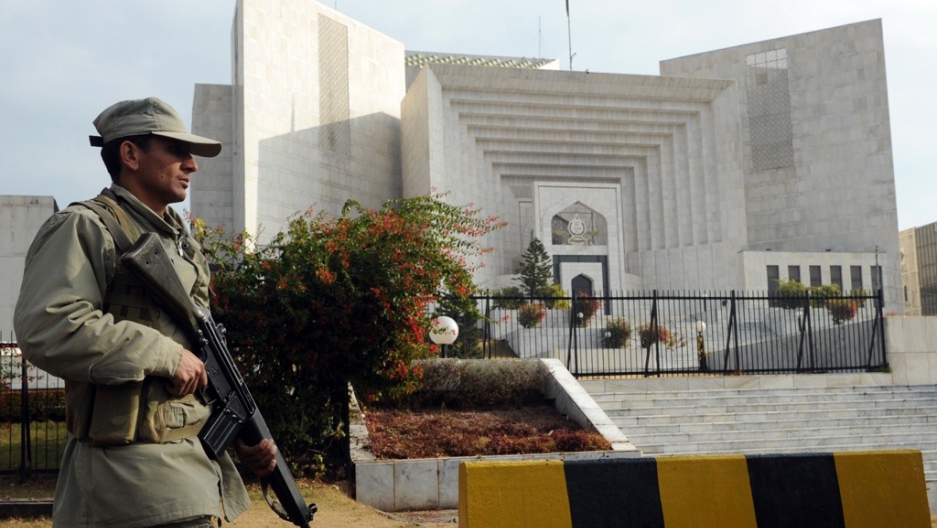 ISLAMABAD, Pakistan — Saudi Arabia is playing a behind-the-scenes role to defuse tensions between Pakistan’s powerful military and its embattled civilian government, which some fear could be near collapse.

The Pakistani army and the country’s current civilian government, which is led by the Pakistan People’s Party (PPP), have been locked in a back-and-forth struggle for power since the PPP first took office in 2008.

The military was reportedly unhappy that Hussein Haqqani, the Pakistani ambassador to Washington at the time and the new president, Asif Ali Zardari, issued visas to CIA and FBI agents soon after taking office. The military was further rankled by the government’s efforts to bring the country’s powerful spy agency, the Inter-Services Intelligence, or ISI, under the command of the civilian interior ministry.

More from GlobalPost: Is Pakistan's military staging a secret coup?

Tensions, however, reached a boiling point after the killing of Osama Bin Laden by US forces in the northwestern city of Abbotabad in May. The portioning out of blame following the raid created a gulf between the army and the civilian government that has never healed.

Ever since, a series of events have conspired to destabilize the civilian government, and some suspect the military is quietly behind them.

Haqqani, for instance, is now facing treason charges for allegedly delivering a memo to US officials in Washington requesting help in fending off a military take-over. The memo, which came to light in November, offers a new security arrangement that would be more favorable to the United States in exchange for the help. The scandal has been dubbed Memogate by the Pakistani media and continues to plague the government.

In December, clearly frustrated with the military, Prime Minister Yousaf Raza Gilani delivered a scathing speech in which he claimed that conspiracies were being hatched to oust the elected government. The prime minister then fired the country’s secretary of defense, who acts as a coordinator between the government and the army.

Gilani is now at the center of a corruption scandal and has been summoned by the Supreme court, accused of being in contempt of court for not ordering corruption investigations into more than a thousand government officials, including President Asif Ali Zardari. Gilani is due in court on Thursday. Anything short of an apology could lead to his resignation.

Some inside Pakistan speculate that the army, which likely understands that a traditional coup would not be supported by most mainstream political parties, is behind the renewed push by the Supreme Court to hold current government officials accountable on corruption charges that date back to before 2007.

It was the Saudi ambassador to Pakistan, Abdul Aziz Alghadeer, who conveyed a “special message” from King Abdullah bin Abdel Aziz to Gen. Ashfaq Pervez Kyani to help ease tensions.

“It was the Saudi mediation that has persuaded the two sides to show restraint,” a top foreign-office official told GlobalPost on the condition of anonymity.

The Saudi intervention, officials said, forced Zardari, the beleaguered president, and the chief of the army, Kyani, to meet on Jan. 14. Another meeting between Zardari and the Joint Chiefs of Staff committee chairman, Gen. Khalid Shameem Wyne, who is considered to be close to the Saudi royal family, followed on Jan. 16.

“My understanding is that various issues between the two sides have been resolved,” the official said.

But a few key issues still haunt the tenuous relationship, including the recent appointment of a civilian defense secretary — as opposed to a retired military official — for the first time in more than two decades.

Hamid Mir, a security analyst based in Islamabad, said that at the very least the Saudi intervention had worked to ease a standoff that had all but crippled the country.

“I can say with full confidence that the tussle between the government and the army has been diminished,” Mir told GlobalPost.

Saudi Arabian intervention in domestic affairs is not unusual in Pakistan. Heavily dependent on Saudi oil and financial aid, Pakistan’s civilian and military leadership rarely say “no” to requests from the Saudi royals.

It was the Saudi ambassador who reportedly convinced the families of two Pakistanis killed by Raymond Davis, a CIA operative, in northeastern city of Lahore last year to settle the issue under Islamic law instead of normal judicial procedures. The deceased families pardoned Davis in exchange for financial compensation.

King Abdullah also managed to broker a deal between Gen. Pervez Musharraf and former Prime Minister Nawaz Sharif, whose elected government was toppled in a military coup led by Musharraf in 1999. Sharif had been sentenced to jail for life on dubious charges until the Saudis persuaded Musharraf to exile him to Saudi Arabia in 2001.

“It is true that Pakistan’s civilian and military leadership do not say no to Saudi Arabia,” Mir said.