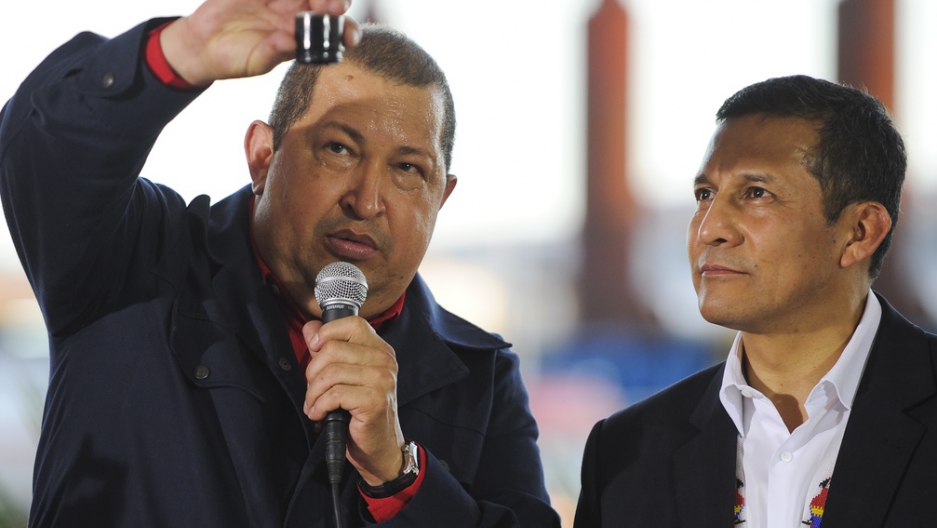 One of these was that of expropriation of foreign companies and from it came a soundbite that might just springboard the little-known Machado into the national spotlight in time for next month's primaries.

"To expropriate is to rob," said Machado to gasps from a Chávez-friendly audience in the country's National Assembly. That phrase over the weekend has been repeated across comment pages on Venezuelan news sites and blogs, as well as on YouTube and Twitter.

At least one board of executives will be sharing the sentiment. ExxonMobil had its Cerro Negro project in Venezuela’s oil-rich Orinoco belt nationalized in 2007.

The US oil giant was shocked earlier this month to find that it would receive just $908 million of the more than $10 billion it had sought in compensation, after a ruling from the Paris-based International Chamber of Commerce (ICC).

The Venezuelan government took glee in the verdict.

"If ExxonMobil had been willing to accept reasonable compensation — which the tribunal has confirmed — there would have been no need for arbitration," read a statement from state oil company PDVSA.

"It is hard to interpret the decision as anything but a blow to ExxonMobil and a victory for PDVSA and of course Chavez," said Michael Shifter, president of the Inter-American Dialogue think tank. "The timing couldn't be much better: a big election is coming up and Chavez is bound to use the decision to rally his base, not to mention that he will have even more money to spend to ensure political support."

Venezuela boasts the world's largest oil reserves, even greater than those of Saudi Arabia. It's these reserves that help Chavez to maintain power, lubricating his Bolivarian revolution by funding social projects which are on the up as elections loom later this year.

The expropriations are a constant headache for foreign companies investing here. "I'm not sure that the investment environment in Venezuela has necessarily become worse since this decision," said David Rees, of Capital Economics in London. “I'm not sure that it really could have got any worse than it already was for multinationals."

And things could get worse. "There is a very real threat that Chavez will expropriate more businesses as he strives to pump up the economy," added Rees.

ExxonMobil has a similar case pending against Venezuela with the World Bank’s International Centre for Settlement of Investment Disputes (ICSID), covering the same seizure of assets in 2007. This could be more serious, according to Carlos Bellorin, Oil and Gas Analyst at Petroleum Economics and Policy Solutions for IHS in London.

“It will have to be full compensation based on international principles and the bilateral investment treaty," Bellorin said.

This pending case may be behind the Venezuelan government's announcement over the weekend that it will be withdrawing from the ICSID, where it faces billions of dollars worth of claims in around 20 cases — the largest of which is ConocoPhilips, who are demanding $30 billion in compensation for projects also nationalized in 2007.

Oil Minister Rafael Ramirez announced the exit on Sunday, describing ExxonMobil and ConocoPhilips as "arrogant" and "typical of US imperialism."

While it may be a nice public relations stunt in anticipation of forthcoming rulings from the ICSID, the withdrawal should not make any difference to the pending cases. "Existing investments before the formalization of the denunciation are protected by … the ICSID convention," said Bellorin.

Six new Orinoco projects are in the pipeline, featuring investment from many of the world's oil companies. However, this time the companies involved are being a little more cautious.

For example, Chevron has a 34 percent stake in PetroIndependencia, one of the six companies formed to work in the region. The investment has been made through a Danish company because Venezuela and Denmark have a bilateral investment treaty in force, said Bellorin.

Rather than the US oil giants such as ExxonMobil and ConocoPhilips, future investment is likely to come from Chavez's allies, such as China and Russia who have given loans worth tens of billions of dollars to the Venezuelan government in recent years. Both have interest in future Orinoco projects that are unlikely to be seized as Chavez is keen to keep them on side.

The socialist government’s policy of expropriation will no doubt continue to enrage many over the next 10 months leading up to the presidential election, not least as the opposition make their own political capital from the policy. However, with such small payouts as well as withdrawal from the world's most important arbitrator in these disputes, Chavez is making more than enough of his own political capital — as well as cash — in order to give him the best chance of success in October.