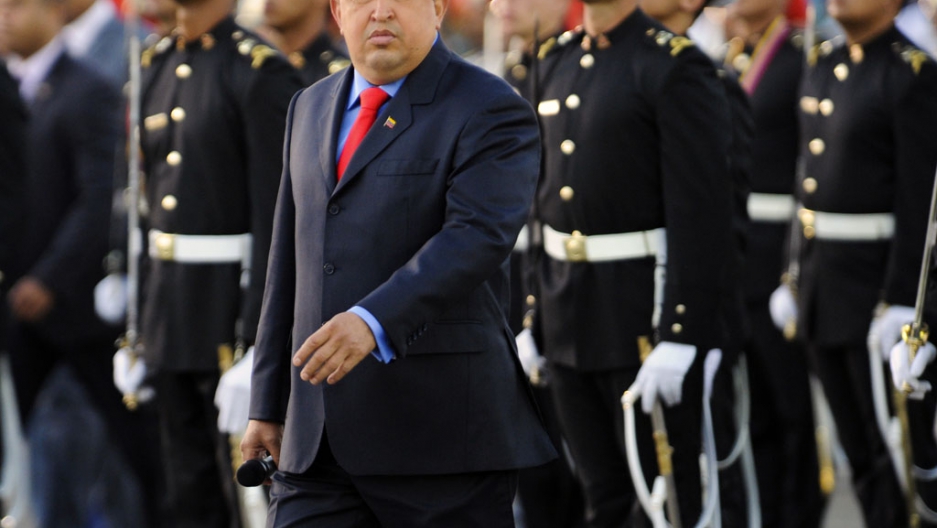 A military General accused by the United States of aiding drug trafficking and pushing for co-operation between the Venezuelan government and Colombian left-wing rebels the Revolutionary Armed Forces of Colombia (FARC), was yesterday sworn in by President Hugo Chavez as the country’s defense minister.

Henry Rangel Silva was sworn in before thousands of soldiers at Caracas’ Fort Tiuna military base by Chavez in a move which will add to the growing list of swipes by the socialist leader aimed towards Washington.

Chavez defended the appointment. “Those who attack Rangel Silva don’t have any proof … because it is all untrue,” he said, before citing Don Quixote in his typically histrionic style.

Elections are looming for the maverick president, with opposition primaries less than a month away. Chavez demonstrated that he was fully fit after suffering from cancer in a ten-hour speech on Friday.

Rangel declared last year that the Venezuelan military was “absolutely loyal” to Chavez, causing concern among many in Venezuela that Chavez would not leave quietly if he loses October’s election.

Rangel Silva’s is not the only appointment which will worry Washington. Earlier this month, Diosdado Cabello was sworn in as president of the National Assembly. He is a former vice president, who has close ties to the military and is a top official in Chavez’s political party. The former army officer participated in the failed 1992 coup attempt by Chavez.