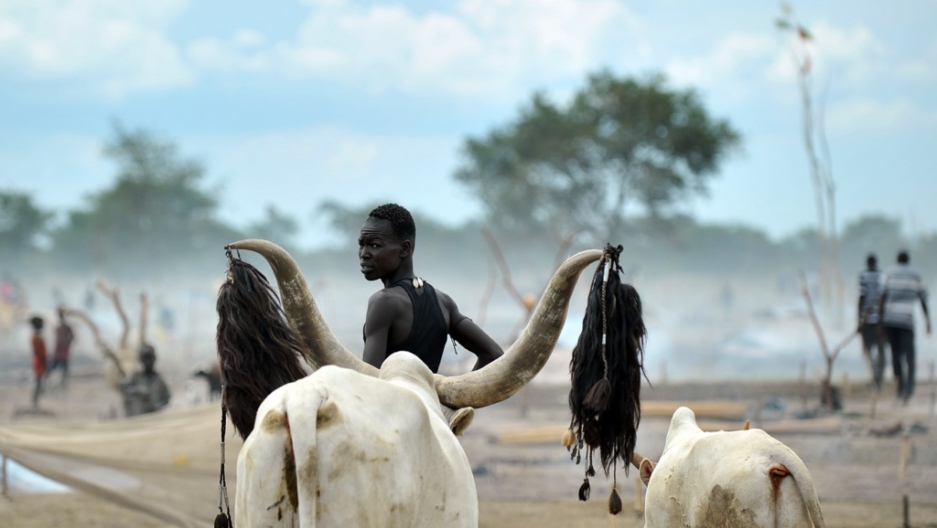 A herdsman from the Nuer tribe stands among his cattle at a cattle-camp, near Nyal, in South Sudan on Nov. 11, 2011. One of Africa's longest-running wars left this land in ruins and battling a bitter legacy that threatens prospects for peace — a stockpile of weapons spurring cattle raids and banditry.
Credit: Tony Karumba
Share

South Sudan gunmen have killed at least 51 people in the most recent clashes in Jonglei state, according to regional governor Kuol Manyang, the BBC reported.

Mostly women and children were among those killed and at least 22 others were injured after the village Duk Padiet was attacked and burned down. Those injured have been taken to Juba, South Sudan’s capital, the BBC reported.

"We are expecting more to be injured because they ran to the villages last night," Manyang said, the AFP reported. He blamed the gunmen from the Murle ethnic group for the attack.

Residents of Duk Padiet are from the Lou Nuer tribe and tried to fight back on Monday night. They killed a number of attackers, although how many exactly wasn’t specified, the Associated Press reported. The death toll is still mostly made up of citizens from Duk Padiet.

This is the latest attack in a series of raids carried out by the Murle group, targeting the neighboring Lou Nuer community in Jonglei, the AP reported. The death toll since Jan. 8 has risen to more than 120.

According to officials, the attacks are being carried out as revenge for raids by the Lou Nuer tribe on Murle communities in late December and early January.

The BBC East Africa correspondent, Will Ross, reported that the attacks have become increasingly more violent and neither the UN nor the government are able to prevent them.