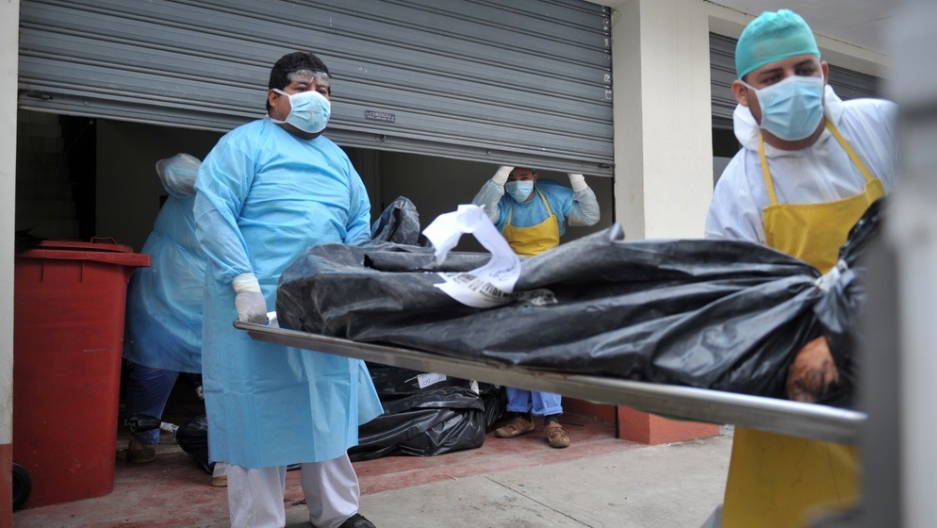 After three years in first place, Juarez, Mexico, may have slipped to second place this year.

But the border town and several of Mexico's other cities still remain among the most violent.

In a study released by the Citizen's Council for Public Security and Justice, a Mexican research group, five of the top 10 most violent cities were Mexican.

Honduras' San Pedro Sula was the most violent city last year, with 159 murders per 100,000 people, in an indication of how the drug war has spread.

Read more: How the drug war came to Honduras

Close behind it was Juarez. Acapulco, once a tropical paradise, now ranks up there, as does Torreon, Chihuahua and Durango, Monterrey and Veracruz.

The study considers all cities with more than 300,000 people — and which keep murder-rate statistics online. (Excluded from the list, then, would be places such as Homs, in Syria; anywhere in Libya or other conflict zones.)

The council also points a finger at the government, suggesting that perhaps Mexican officials shaved a few murders off their totals to make them appear lower than the actual count.

Per the council, translated into English:

The behavior of various government authorities of Mexico does not inspire confidence in official figures, as there is evidence of forgery or "fudging" to pretend that the level of violence is lower than it really is. There are also conflicting data.

The report goes on to consider numerous instances of conflicting data.

But the point here is clear. With an estimated 12,000 dead across the country alone in 2011, according to the Mexican press, and some 47,000 since the battle began in earnest in 2006, according to the government, the toll has become absurdly high.

The office of the attorney general still found a silver lining in those figures. Per the AP:

"It's the first year [since 2006] that the homicide rate increase has been lower compared to previous years," announced Morales's office. (The increase from 2009 to 2010 had been a staggering 70 percent.)

The AP also noted that three-quarters of all murders were drug-related.

You can read the council's full report here, which includes the list of the 50 cities.

Some of the other standouts from the region: Caracas, Venezuela, which has a reputation for violence; and Medellin, Colombia.