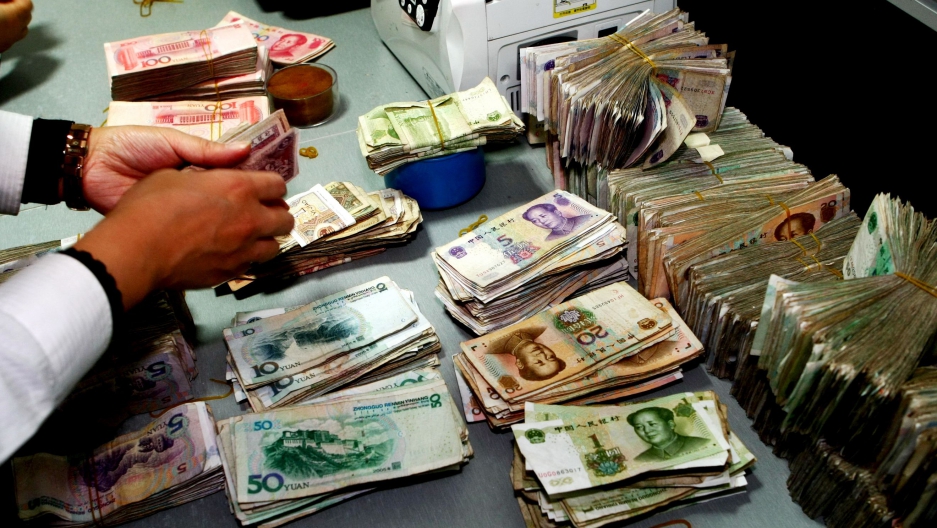 China’s gradual relaxations of controls on the value of the yuan and on capital flows means that the yuan is set to become a major international currency.
Credit: AFP
Share

LONDON – The UK Government has signed a deal with Hong Kong aimed at making London the primary global center for offshore trading of China’s currency, the yuan, also known as the renminbi, the Financial Times has reported, as part of UK efforts to increase trade and investment links with rapidly-growing Asian markets.

UK Finance Minister George Osborne arrived in Hong Kong today at the beginning of a visit to Asia, saying “London is perfectly placed to act as a gateway for Asian banking and investment in Europe,” and announcing that he would be holding talks on “establishing London as the new hub for the renminbi market as a complement to Hong Kong,” the BBC reported.

According to the Financial Times, Osborne has reached agreement on technical measures with Norman Chan, CEO of the Hong Kong Monetary Authority, in order to help London play an important role in boosting the yuan as a major global currency – possible thanks to China’s gradual relaxations of controls on the value of the yuan and on capital flows, the BBC reports.

Osborne sees the discussions as proof that China views London as a key financial center and entry-point into the European single market.

The finance minister and Chan will establish a forum looking into synergies between the UK and Hong Kong, including investigating clearing and settlement systems, market liquidity and creating new yuan-denominated products, the Financial Times reported.

In a speech at the Asia Financial Forum today, Osborne also called on countries to combat protectionist tendencies and reiterated Britain’s willingness to provide further funding to the International Monetary Fund (IMF), according to Reuters.

More from GlobalPost: Zimbabwe: forget the US dollar, what about the Chinese yuan instead?