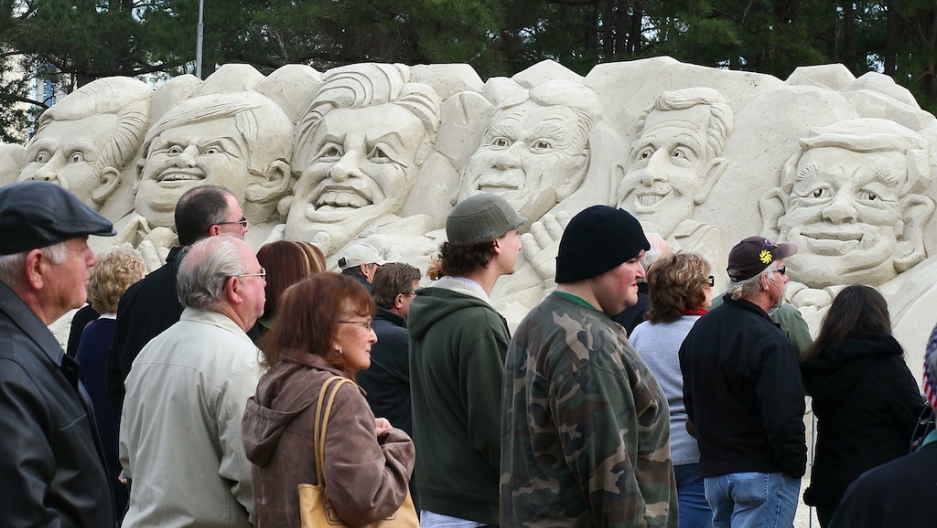 And then there were five.

Romney won the first two primaries in Iowa and New Hampshire, and appears a strong contender to win in South Carolina, though Rick Santorum received the endorsement of a number of evangelical Christian leaders on Saturday.

More: Santorum says he can win this race

As always, the question in the Republican nomination race is: can anyone beat Mitt Romney? Can anyone even come close? RealClearPolitics's poll average has Romney ahead by 7.7 points in South Carolina, a seemingly commanding lead for an election due to take place this Saturday.

Tonight's debate will take place at 9 pm, and John Whitesides of Reuters underlines its importance: "[It] gives front-runner Mitt Romney's rivals one of their final chances to derail his growing momentum."

As a way of measuring that momentum, Fox News has announced that it will use Twitter to track viewers' reactions to the debate, The New York Times reported.

While Romney's opponents hope that they can surprise him in South Carolina, the front-runner appears already to have turned his eyes to the Florida primary on Jan. 31, as The Washington Post reports. Romney unveiled his first Spanish-language ad in Florida the day after claiming victory in New Hampshire. As The Post describes it:

It’s an uplifting, even gauzy spot narrated by his Spanish-speaking son, Craig. The title: “Nosotros,” or “Us.” The message: In Mitt Romney’s America, anything is possible. And, as in every other Romney ad, it ended with a black-and-white still photograph of Mitt and Ann holding hands on a windswept farm. Again, steadiness and warmth.

Romney's path has been steady through all of the debates and contests thus far. Tonight, his adversaries will have to hope they can make it bumpier.