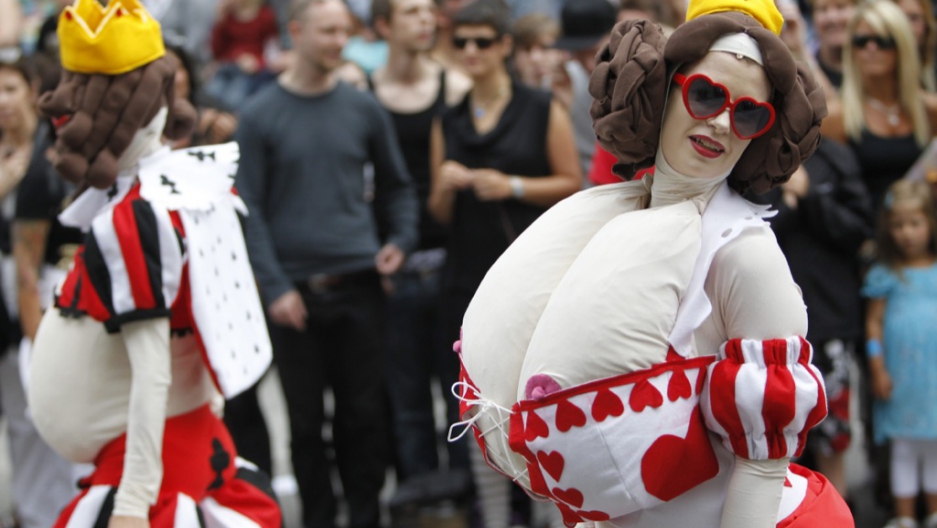 Participants wearing costumes take part in the annual gay pride parade in Stockholm on July 31, 2010. Since the start in 1998, Stockholm Pride has grown to become one of Sweden's and Stockholm's largest annual outdoor events.
Credit: Fredrik Persson
Share

“The Swedish law causes anguish for transgender people who choose not to have the required surgery, which involves an invasive medical procedure, for various reasons, such as out of a wish to one day become parents,” he argued. “The Swedish transgender law stems from 1972 and is out of step with current international best practice.”

Under Sweden's present law, those who choose to remain fertile cannot change their gender in official documents.

"This leads to frequent public humiliation, vulnerability to discrimination, and great difficulty in finding or holding a job," Dittrich argued.

Human Right Watch stepped in after Sweden’s Christian Democrat party blocked a proposal in Sweden's parliament to allow those choosing to remain fertile to change their official gender.

Read more on GlobalPost: Rainbow Struggle, a special report on the global fight for gay rights

The law change had been proposed by the Swedish National Board of Health and Welfare, following a ruling by the European Council’s Human Rights Commissioner, Thomas Hammerberg that the existing law violated human rights.

Portugal, the United Kingdom, Italy, Germany and Spain have dropped the requirement for forced sterilization, but others, such as The Netherlands, France, Australia, and several US states still have laws like in Sweden's.

After the statement from the Christian Democrats, Sweden’s Integration Minister Erik Ullenhag denied a deal to keep the forced sterlization clause, claiming that the issue was still under discussion.