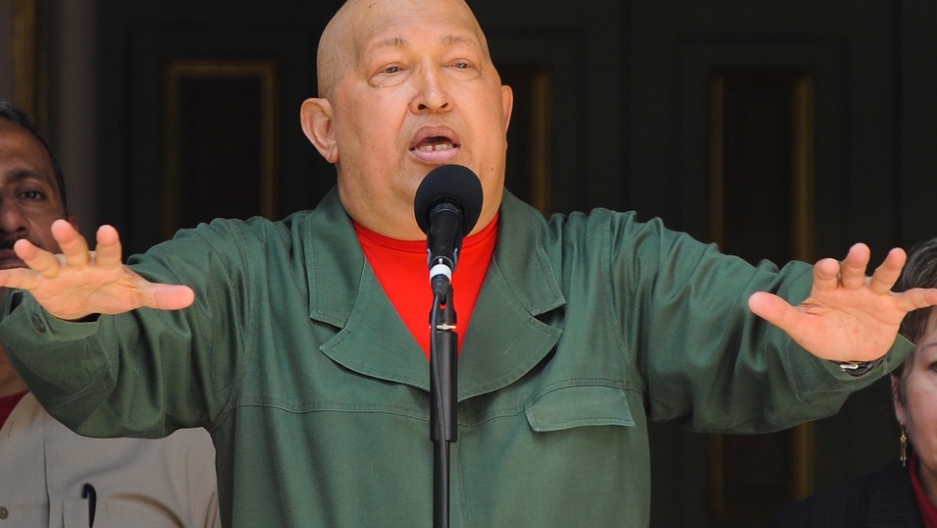 It was a long speech, even for him.
Credit: LEO RAMIREZ
Share

CARACAS — President Hugo Chavez offered the best evidence yet that he has recovered from last year's health problems by delivering a marathon 10-hour State of the Nation speech on Friday.

Long by even Chavez's rambling standards, the discourse touched upon every conceivable topic in this election year for the president.

"If one of you wins the election, I would be the first to recognize it," Chavez said to the opposition candidates seated in the country's National Assembly.

The socialist leader added that he wanted to show off the "political maturity" his country had aquired during his 13-year Bolivarian revolution.

However, an altercation with opposition candidate Maria Corina Machado eight hours into the speech may stifle that desire somewhat.

The little-known candidate, perhaps hoping to gain traction as primaries loom next month, interjected with an attack on the president and the country Venezuela had become under his 13 years in power.

"We've been listening to you for eight hours now, describing a country that's very different to the one we know," she said. "President, your time is over."

The 43-year-old went as far as to call the president a "thief" following his policy of expropriation of foreign companies.

Chavez parried the attack with rhetorical flourish that certainly shows off his "political maturity," though not in the best light.

"The eagle doesn't chase flies," was the president's riposte, adding that he hoped the candidate would win the primaries because he would win "80-20" against her in October's presidential election. (Watch below)

The president made no major policy announcements, though said that he would ask legal authorities to review the case of Maria Lourdes Afiuni, a judge who despite being released from jail last year remains under house arrest after she freed a banker from prison who was charged with having flouted Venezuela's strict currency controls.

This angered Chavez at the time and has since come to the attention of Noam Chomsky, the US academic, who has called for her release.