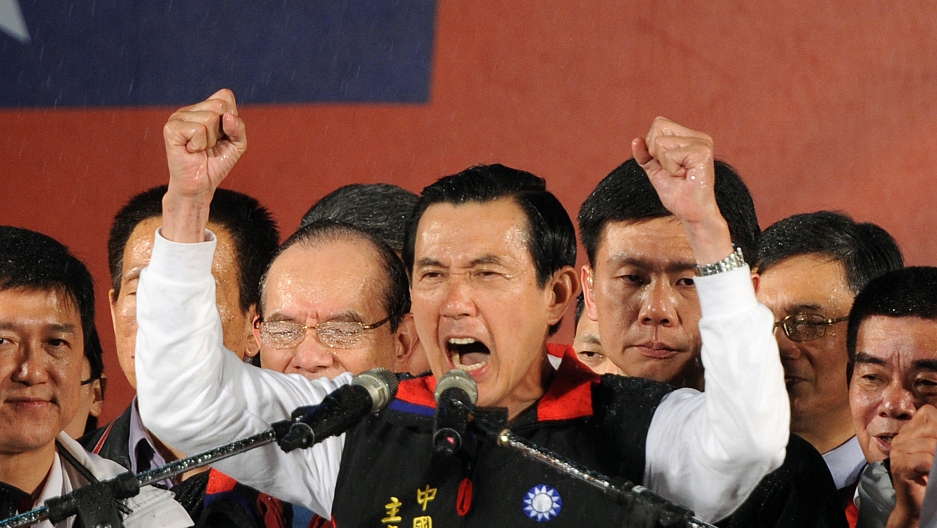 Ma beat his main rival, Tsai Ing-wen, in what was expected to be a tight election, by a comfortable margin. According to the Central Election Commission, Ma, of the Nationalist party, won by about 51.6 percent of the votes, versus the 45.6 percent Tsai received, who represented the Democratic Progressive Party, Reuters reported.

"In the next four years, cross-strait relations will be more peaceful, with greater mutual trust and the chance of conflict will be less," Ma, 61, told thousands of his supporters, Reuters reported.

Read more at GlobalPost: Taiwan elections going down to the wire

Ma’s supporters cheered and breathed a sigh of relief at the news of his win, while the opposing party supporters seemed subdued, in what turned out to be a very calm election for Taiwan, the Guardian reported. Taiwanese elections can sometimes become emotional, dirty and even violent.

Ma hopes to strengthen ties with Beijing and hopes voters will see his attempts at rapprochement as a stimulus to the economy, rather than becoming too close to Taiwan’s rival of more than 60 years, the Los Angeles Times reported.

"Ma will feel he now has a mandate to do what he wants, though if he goes too far people will be very unhappy,” said Bruce Jacobs, Asian studies professor at Monash University in Australia, the LA Times reported. “China, I think, is happy that Ma has won."

China’s Communist Party acknowledged Ma’s victory with an editorial shortly after the results were released.

"Ma Ying-jeou's victory was the choice made by Taiwan's people. This result shows that seeking peace, growth and stability is the mainstream thought in Taiwan. It will further enhance cross-strait relations and benefit people on both sides. It's the common wish for all people in Taiwan,” the LA Times reported.