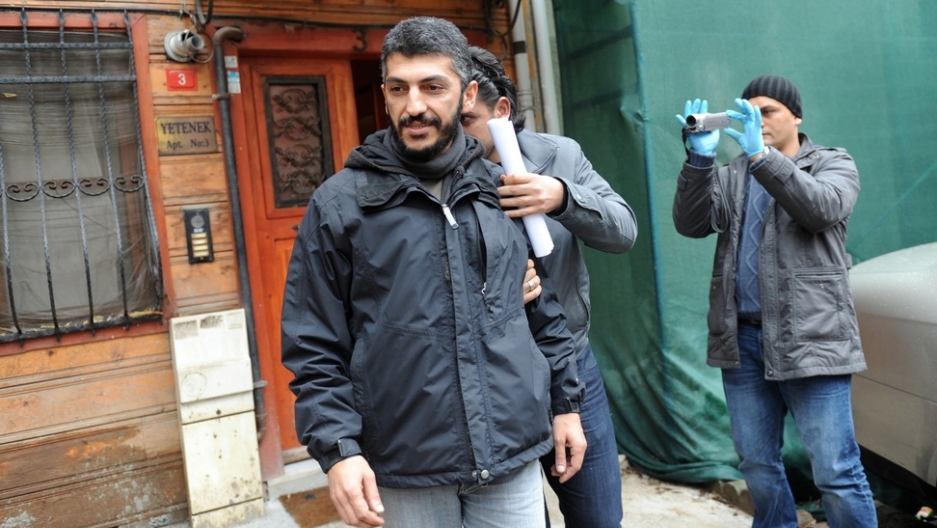 An AFP photographer swept up in the last round of raids, in December.
Credit: BULENT KILIC
Share

ISTANBUL — Turkish police raided the offices and homes of Kurds allegedly involved in an illegal organization on Friday in a nationwide operation.

The operations being carried out target the Kurdish Communities Union, or KCK, described in the Turkish media as the urban extension of the militant Kurdistan Workers' Party, or PKK.

Police carried out raids across 17 provinces and searched more than 100 addresses, according to Dogan News Agency. Most of the premises searched are the offices of the pro-Kurdish Peace and Democracy Party, or BDP, but also include the offices of the Confederation of Public Sector Trade Unions, or KESK.

The police have detained 32 people including a former BDP parliamentarian and current deputy for the party, according to semi-official Anatolia News Agency.

One of the homes searched belongs to vocal Kurdish parliamentarian and member of the BDP, Leyla Zana, according to daily Hurriyet. Under Turkish law members of parliament have presecutorial immunity for the duration of their tenure.

Zana drew media attention last week when she said "as long as the problems persist, guns are the insurance policy of the Kurdish people."

The Turkish government alleges that the KCK is forming a shadow Kurdish government. Kurdish activists claim that the arrests and the trials are just a newer form of political and social oppression.

The government has come under criticism when the last wave of raids in Kurdish newspapers and news agencies led to the arrest of more than 30 journalists.

More than 4,000 people, mostly of Kurdish origin and including academics, journalists, activists, and lawyers, have been arrested under the KCK cases which began in 2009.