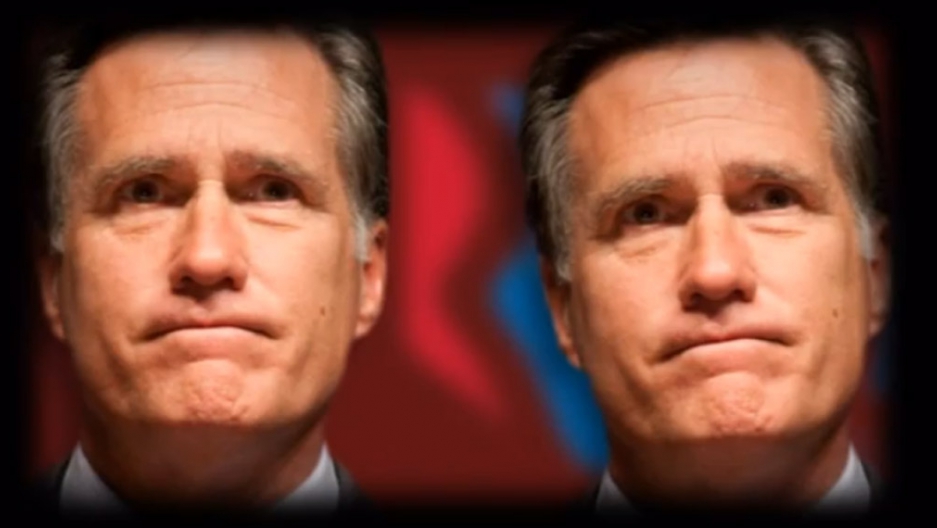 The ad, titled "The French Connection," draws parallels between Romney and US Senator and former Democratic presidential nominee John Kerry, UPI reported. It was posted on Newt Gingrich's website Thursday.

The ad calls Romney a "Massachusetts moderate who ran away from Ronald Reagan."

"Massachusetts moderate Mitt Romney: he'll say anything to win. Anything," the narrator in the video said. "And just like John Kerry, he speaks French, too."

According to BBC News:

"Correspondents say the highlighting of Mr Romney's alleged French-language skills is an attempt to portray him as an elitist, European-style liberal wimp."

Romney spent over two years in Paris and Bordeaux in the 1960s, where he worked as a Mormon missionary, BBC reported.

Gingrich has a doctorate in European history, which commentators have highlighted as a personal irony, according to the BBC. His dissertation about Belgium's educational policy in Africa contained multiple French sources in its bibliography.

Romney won both the Iowa caucuses and the New Hampshire primary, and Gingrich is attempting to gain on Romney as the GOP candidates head into the South Carolina primary January 21.