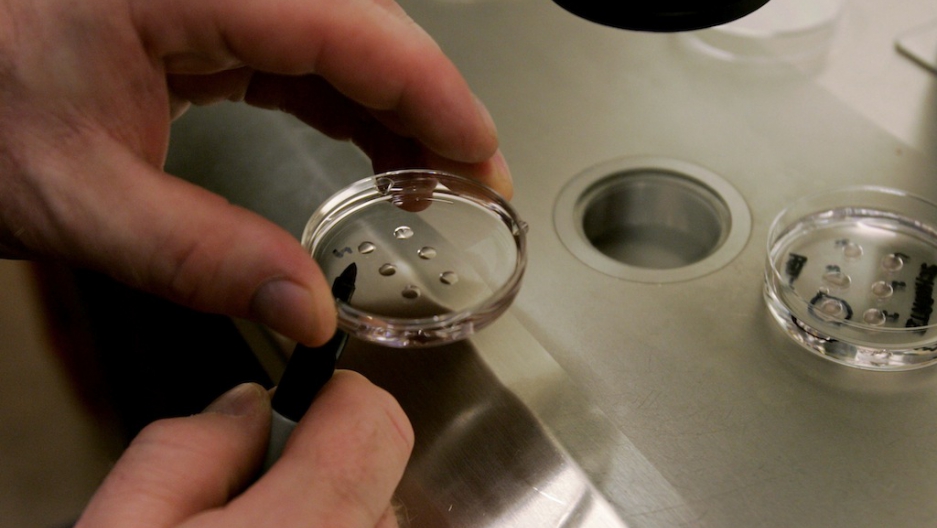 A new fertility study published in The Lancet found that women who get three or more embryos during in-vitro fertilization, or IVF, have no better odds of having a baby than those who get just two embryos.

“Women who have gone through infertility treatment want the best chance of having a baby, but we need to explain that the data shows transferring more embryos doesn’t actually do that,” said Dr. Scott Nelson of the University of Glasgow, who co-authored the study.

In Western Europe, where some countries pay for IVF, many authorities recommend a single embryo transfer for women under 37 and a maximum of two embryos for women 37 to 40. For women over 40, three is often the limit by law, according to The Washington Post. The US has no such regulation.

One important study finding was the effect of a woman's age.

The researchers divided participants into two groups: Women under 40 and those 40 and older.

In women 40 and over, The Lancet authors found transferring more than one embryo resulted in a higher rate of live births. However, transferring three or more embryos led to a more health complications for mother and baby, in part because the chance of giving birth to twins or triplets was higher.

The authors concluded women 40 and older should have two embryos transferred per IVF cycle, younger women should have only one, and the "transfer of three or more embryos at any age should be avoided."

Unlike Europe, transferring three embryos is a relatively accepted practice in the US where most treatments are paid for privately and can run at least $10,000 per cycle.

Experts believe patients use more embryos under the misconception it will improve odds.