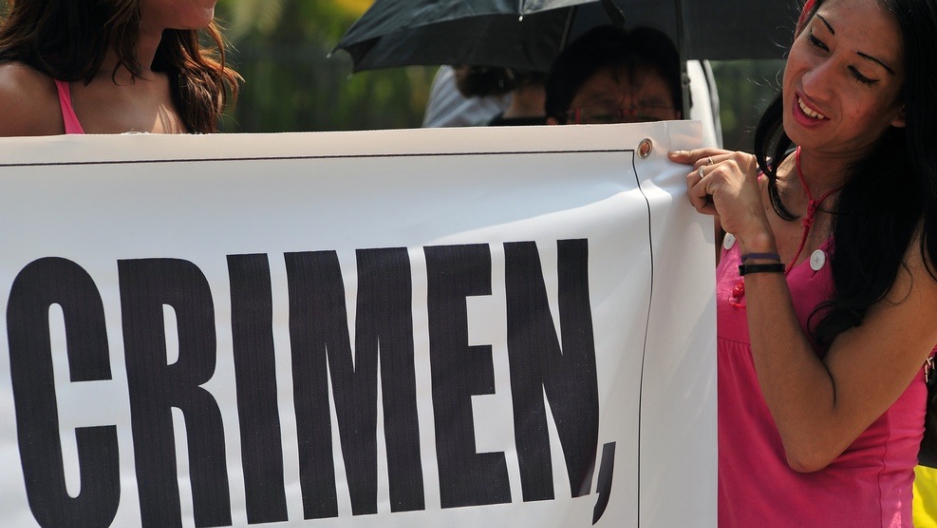 LIMA, Peru — A spate of killings of would-be robbers and kidnappers by their intended victims has left Peruvians debating a more aggressive approach to violent crime.

In the most high-profile case, Luis Miguel Llanos, a 34-year-old businessman, shot dead two men last month as they allegedly attempted to kidnap his girlfriend outside of the couple’s apartment in an upmarket neighborhood of Lima.

Yet some have questioned his actions and suggested that Peru should reinstate the principal of proportionality to prevent citizens using unnecessary levels of force, even in cases of clear self-defense.

The debate is the latest chapter in Peru’s frequent handwringing about the growing trend of violent crime.

The country actually has low levels of violent crime compared to most of Latin America.

According to UN figures that came out last November, Peru registers five murders per 100,000 residents per year. That is that same as the US’s and only slightly higher than most other developed countries.

It is also a long way behind Venezulea, South America’s most dangerous nation, which registered 49 murders per 100,000 residents per year.

Still, as rates become uncomfortably high for Peruvians, citizens here have begun discussing how to deal with it.

“Legitimizing the use of arms could be counterproductive and generate much higher levels of violence,” wrote sociologist Danny Santa Maria in the newspaper La Republica.

Even many of Llanos’ supporters insisted he is no role model.

Responding to Santa Maria, Jaime Delgado, a congressman from President Ollanta Humala’s Peru Wins alliance, warned: “You cannot recommend to people that they arm themselves and confront any attacker with bullets. The case of Luis Miguel Llanos is an act of bravery that we must know how to appreciate, but not to imitate.”

While some legislators regularly promise to stiffen penalties, others warn that the real issue is the corruption and ineptitude plaguing the country’s police and judiciary, meaning that many crimes never result in a conviction.

Alberto Beingolea, a member of the conservative Popular Christian Party, and chair of congress’s justice commission, claimed: “We don’t know how to fight crime. The sentences in Peru are harsh. How much more can we raise them?”

In recent years, Peru has seen its fair share of high-profile horror stories.

One that particularly shocked the country was the case of Romina Cornejo. The three-year-old was left paraplegic in 2010 when a bullet lodged in her spine after robbers opened fire on the car she was travelling in with her grandparents in broad daylight in downtown Lima.