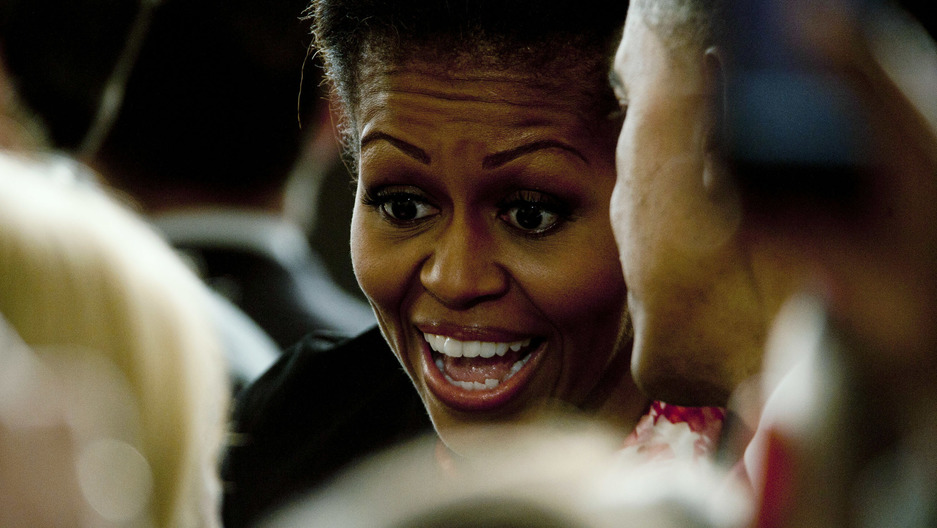 US first lady Michelle Obama is rejecting claims in a new book that she has tense relationships with the President's inner circle and that she is "deeply frustrated and insecure."

"The Obamas" is an unauthorised biography by New York Times reporter Jodi Kantor which details the first lady's conflicts with former chief of staff Rahm Emanuel and former press secretary Robert Gibbs. It calls her an "unrecognised force" in the White House.

In an interview with CBS This Morning, Obama called Gibbs a “trusted adviser” and Emanuel a friend and “funny guy.” The first lady said she doesn't typically have conversation's with her husband's staff and "can count the number of times I go over to the West Wing, period.”

Obama told CBS News people have inaccurately tried to portray her as "some kind of angry black woman" and challenged the book's assertions she imposes her own views on the White House staff.

"I guess it's just more interesting to imagine this conflicted situation here," she said. "That's been an image people have tried to paint of me since the day Barack announced, that I'm some kind of angry black woman."

She also said she has not yet read the book.

The book's author Jodi Kantor objected to the inference. “There’s no suggestion of her as an angry black woman in the book,” the Los Angeles Times reported.