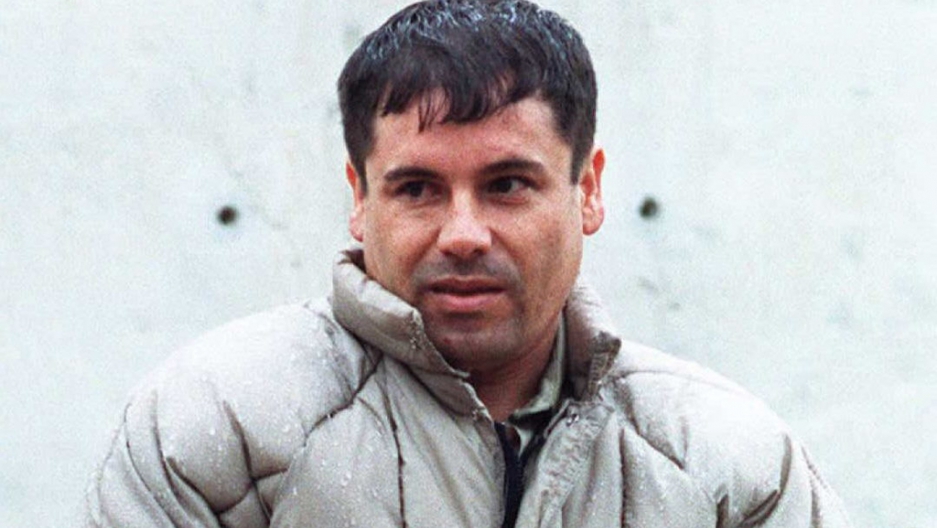 This archive photo of drug lord Joaquin "Chapo" Guzman was taken July 10, 1993 at the Almoloya prison in Juarez after he was apprehended by Mexican authorities.
Credit: STR
Share

That figure comes as a reluctant, election-ready government has revealed that nearly 13,000 were killed between January and September last year alone, higher than media outlets in Mexico’s suggestion that the figure was around 12,000.

In part thanks to elusive behavior — only a small handful of images exist of Guzman — as well as a romantic back story including an infamous maximum-security prison escape in 2001, where he was concealed in a laundry truck, Guzman has long been recognized as the country’s most powerful drug lord.

Guzman leads the Sinaloa cartel, battling for control of lucrative gateways into the United States along its northern border. Many fear even uttering his name on the streets of Ciudad Juárez, regularly cited as the world’s most violent city.

Adding to Guzman’s celebrity, Mexican actress Kate Del Castillo recently wrote on a social-networking site that she had more faith in the drug trafficker than her own government. “I believe more in El Chapo Guzman than in the government who hide truths from me,” she wrote.

Since President Felipe Calderon came to power in December 2006, the number of drug-related killings has risen sharply year-on-year and with elections due in July, his governing National Action Party (PAN) is expecting a heavy defeat by the opposition Instutional Revolutionary Party (PRI) thanks to his heavy-handed policies.

Read more: Which cartel is king in Mexico?