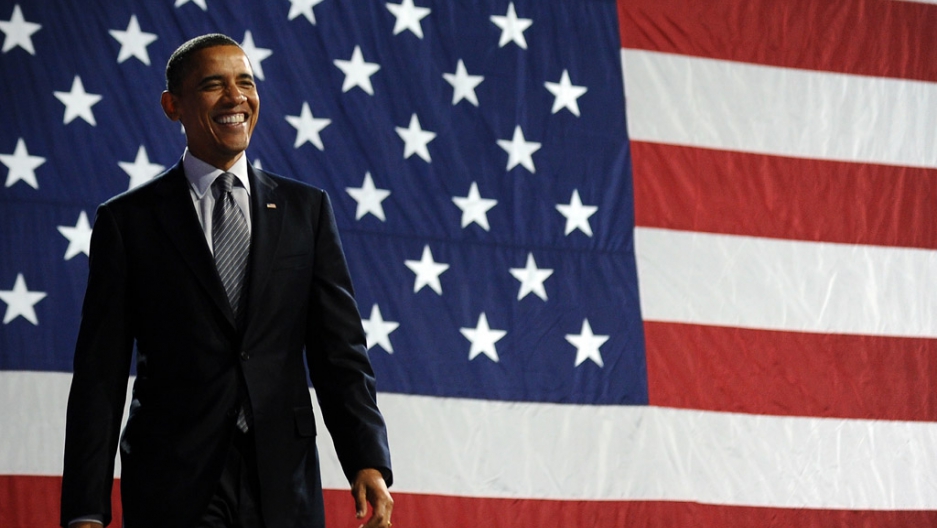 President Obama arrives on stage at a campaign event at the University of Illinois at Chicago Wednesday. His campaign raised $68 million in the last three months of 2011.
Credit: Jewel Samad
Share

Messina announced in a video to Obama supporters that the campaign had pulled in $42 million, with the Democratic National Convention (DNC) raising an additional $24 million, the Associated Press reported.

Obama and the DNC raised over $220 million in 2011, and his campaign raised $750 million in 2008, prompting speculation that this year's reelection campaign may surpass the $1 billion mark.

"Too many Obama supporters think we don't need their money or they don't need to give now," Messina said in the video, referring to the billion dollar rumors.

Messina said that 98 percent of the donations to the campaign were made up of $250 or less, with the average donation being $55, which indicates that the grassroots support for Obama is growing as he tries to keep hold of the White House in 2012, Reuters reported.

Republicans have accused President Obama of being more focused on his reelection efforts than with running the country.

"The White House may try to pretend the president isn't focused on his reelection but Americans know he's more interested in campaigning to save his own job than creating jobs for our country's unemployed," said Republican National Committee Press Secretary Kirsten Kukowski, according to the AP.

More from GlobalPost: Obama proposes tax incentives for job growth within the US

President Obama's team insisted he is still focused on governing and not campaigning, The Washington Post reported.

“He is not engaging particularly aggressively in his reelection campaign,” Obama's Press Secretary Jay Carney said. “It’s only January. There is not a Republican nominee.”

The president has appeared at at least five fundraisers so far this week, the Post reported, including two he attended Monday night in Washington and three events in Chicago on Wednesday.

"If you're willing to work even harder in this election than you did in that last election, I promise you change will come," Obama said at a large Chicago fundraiser on Wednesday night, the AP reported. "If you stick with me, we're going to finish what we started in 2008."