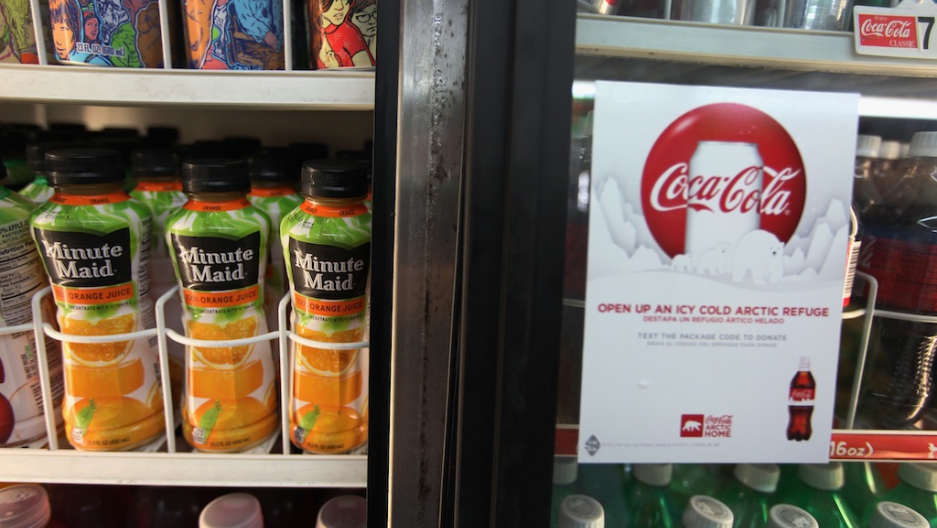 Minute Maid Orange juice made by the Coca-Cola Co. is seen on a store shelf on January 12, 2012 in Miami, Florida. The company announced it had found an unapproved fungicide in their orange juice and its competitors, the beverage company which makes Simply Orange and Minute Maid, wouldn't say which brands had shown the fungicide.
Credit: Joe Raedle
Share

Coca-Cola said it found fungicide in its orange juice and alerted the Food and Drug Administration sparking an investigation, The Wall Street Journal reported.

The soft drink giant makes Minute Maid and Simply Orange juice, but Coca-Cola spokesman Dan Schafer would not say which brands had shown the fungicide, The Associated Press reported.

Most orange juice products made by Coke and other companies contain juice from Brazil, where the fungicide originated.

This week, The Food and Drug Administration said low levels of carbendazim had been found in shipments from Brazil, the world's largest producer of orange juice.

Carbendazim is banned in the US but still used in Brazil to treat black spot, a type of mold that grows on orange trees.

The FDA had said an unnamed juice company first alerted the agency to the problem about two weeks ago after testing its own and competitors' products.

It said the low levels are not a safety risk but the scare does have the public concerned and is affecting global orange juice prices.

On Wall Street, Coca-Cola stock fell about one percent on the news in afternoon trading but recouped its losses by the close of the bell.

Industry experts are also keeping an eye on PepsiCo Inc., which makes Tropicana and Dole. The two companies together hold almost a two-thirds of the American orange juice market.