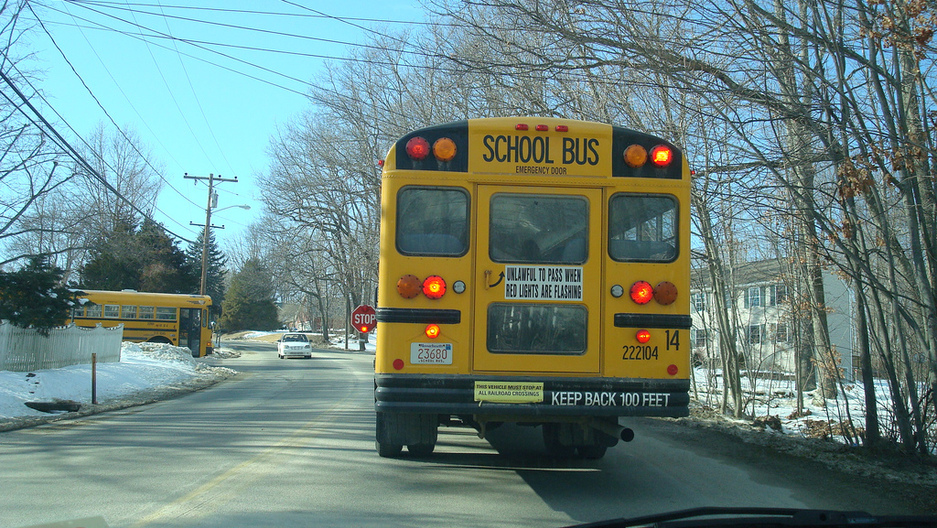 At least 300 school districts have chosen in recent years to switch to a four-day school week — most in an effort to cut costs. (Photo by Flickr user Svadilfari, cc-by-sa.)

Three-day weekends are becoming a weekly occurrence for some students around the country.

In an effort to accommodate for declining school funding, a few districts around the country have decided the best way to cut costs is to drop a day of classes, switching from a five-day week to one that's just four days long.

According to a Washington Post report, about 300 school districts have recently switched from to a four-day format.

While they've been around for decades, particularly in rural areas where busing can be extremely costly, school districts like North Branch, Minn., are just now catching on to the money-saving potential. Even if it does put parents in a pickle.

Deb Henton, superintendent of the North Branch public schools, about 50 miles north of the Twin Cities of Minneapolis and St. Paul, said her district has been implementing the new schedule over the past two years.

"We've had a lack of funding from the state," she said, "and also because we've not been able to pass an excess local operating levy in our district. We've tried eight times and failed."

Henton said with her district forced to provide an education using only the basic funding provided by the state, and wanting to keep as many teachers in the classroom as possible, this was a major savings they could come up with. In the past two years, switching to a four-day week has saved the district $250,000.

"It's very difficult in our situation," Henton said. "We wish our state would fund us equitably and that we would have enough funding that we didn't have to look at this option. But that's just not the case."

In both good times and bad, Henton said, local voters have said they're not willing to pay more in property taxes in order to provide more money for schools. Plus, because there aren't many businesses and the district is not very densely populated, any tax increase hits individuals harder than in other area, Henton said. Her voters, she said, want to see the state more equitably provide funding so all districts start from a more equal base.

"It's a very difficult situation and caught in the middle are the kids," Henton said.

There are real costs to the community too. In her five years as superintendent, Henton said she's cut employees every year. She's eliminated 90 employees in that time — employees who are no longer contributing to the local economy.

"We've just seen a decline in enrollment because families are choosing to go to other districts where there are greater opportunities," she said.

Henton said that moving to the four-day schedule has been a cost cut that's enabled her to keep employees and academic offerings level. The district has actually slightly increased the amount of instruction time and research suggests, Henton says, that achievement is level between four and five-day weeks.

But parents are having to juggle schedules to find a place on Mondays for their children. Henton said most often she's hearing that it's off to grandma and grandpa.

"They report liking that quite a bit," she said.

The district has also started offering a fee-based program on Mondays for students who don't have a parent or grandparent to spend the day with. And, as a plus, Henton said, the district is seeing fewer students enrolled in its before and after school programs, because parents' schedules are closer to the students.