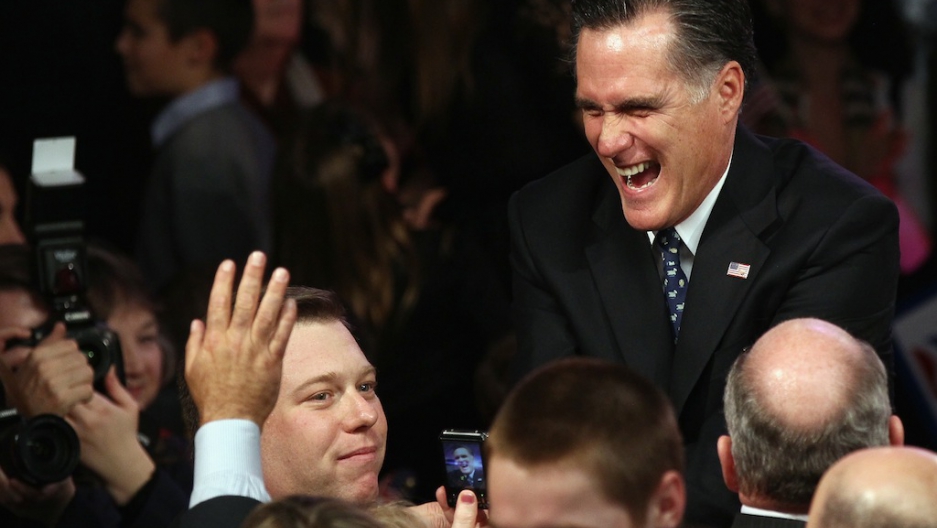 Mitt Romney used part of his New Hampshire primary victory speech to blast President Barack Obama as a “failed president” and alienate Europe when he said the White House reflected the “worst of what Europe has become.”

“President Obama wants to ‘fundamentally transform’ America. We want to restore America to the founding principles that made this country great,” Romney said Tuesday night. “He wants to turn America into a European-style entitlement society. We want to ensure that we remain a free and prosperous land of opportunity.”

The former Massachusetts governor continued his pointed remarks, saying Obama “takes his inspiration from the capitals of Europe; we look to the cities and small towns of America.”

Romney used his speech to describe Europe as “weak, socialist and object of pity and, compared with the shining American model, lacking inspiration,” the Christian Science Monitor wrote.

So why all the Obama and Europe bashing? It may be part of Romney’s southern strategy to carry his winning streak to South Carolina’s socially conservative base.

And considering Romney spend two years as a missionary in France, speaks fluent French and recently toured Europe, Romney may not be the big Euro-phobe he has recently been depicted to be.

But the rhetorical strategy against European values, which have been used by other GOP presidential candidates, may work as a strategy to take away voters from Obama.

“European analysts with experience tracking the interplay between Europe and the United States say this tactic has been tried before, but may be effective at a time when many American voters know Europe is gripped by a financial crisis with frightening global overtones.”

“Associating Obama with Europe links him to the current malaise in Europe, and Americans know it’s a basket case,” European analyst Rosemary Hollis was quoted saying in the report. “It plays to the stereotypical notion that the USA has about Europe, that they are freeloaders, with no defense capability, and live on welfare benefits.”

However, Romney’s attempt to tie Obama’s policies to Europe may have a few holes.

“Obama’s Keynesian economics and the US use of the Federal Reserve are directly at odds with Chancellor Merkel on the world stage. Europe’s austerity and budget-cutting approach to the economic crisis is far closer to GOP ideas, including Romney’s, than to Obama’s.”