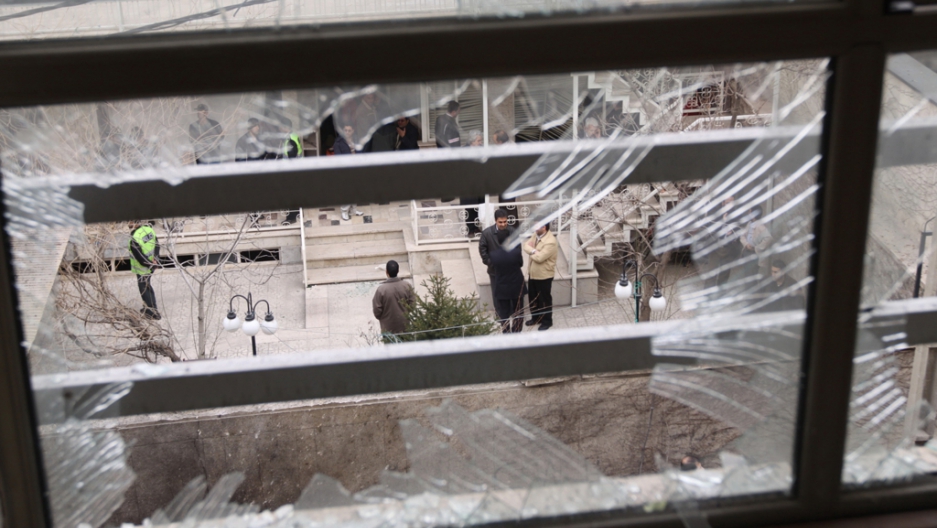 Iranian security agents are seen through a shattered window at the scene of a remote-controlled bomb explosion in which an Iranian university lecturer was killed outside his Tehran residence on January 12, 2010.
Credit: -
Share

In at least the third assassination of its kind, an Iranian nuclear scientist was killed today when a bomb stuck to his car exploded in Tehran.

Israel and the U.S. have been leading the charge against what they say are Iran's nuclear weapons ambitions, and Iranian officials have blamed the string of mysterious assassinations on Israeli, American and British intelligence agencies. Someone is certainly systematically targeting Iran's scientists.

According to Reuters, on Tuesday, Israel's military chief of staff, Lieutenant-General Benny Gantz, was quoted as saying that Iran should expect more "unnatural" events in 2012.

"It is not our practice to comment on this sort of speculation," an Israeli official, when asked about Tehran's accusation over Wednesday's killing.

More from GlobalPost: Iran war: has it already begun?