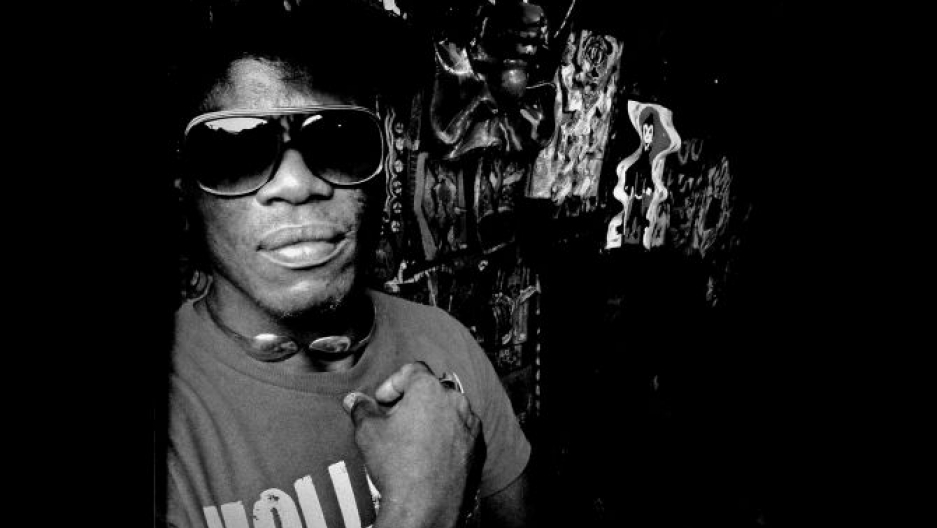 Guyodo, an artist and sculptor who lives in an area dedicated for artists.
Credit: Ron Haviv
Share

PORT-AU-PRINCE — Inside Haiti’s environment of horrendous need, mixed types of pain, threat, and poverty — not to mention the island’s sometimes lovely atmospherics — post-earthquake Haiti has managed to escape itself in a few ways. Among them is art. Continuing its history of great, unique, and thriving arts and music, Haiti's culture continues despite privations.

To Haitians, a people who’ve long existed beneath colonial or business overseers, art has always been an escape. It’s more than a simple means of self-expression, it’s a way of claiming not only individuality but independence from the larger forces at work on Haitian life.

It’s critical not only to day-to-day living, but something larger: a sense of independence and personal morale. And the Haitians not only love and covet it, but protect it as well. While visiting, I ran into the Haitian-born musician (and one-time post-earthquake presidential candidate) Wyclef Jean.

“The Haitian people are smart and capable,” he says. “Hardworking. They’re resourceful. The trick is to get them out of the tents and the camps and back into real communities. They just need capacity building. Not just things given to them. It can happen. They just need that initial…” He gestures outward with his open hands, his palms tilted out from his wrists. Then he lets the thought trail off.

TO GET A look at Haiti’s thriving art scene, that first afternoon, photographer Ron Haviv and I turn up at a downtown art community, which is hosting its Second “Ghetto Biennial.” In its confines, a good bit of the art is under-laid in a sort of vestigial nod to West Africa by an undercurrent of animal-sacrifice religion of voodoo.

It is a religion practiced by few, yet known (and feared) by many. And it makes for some striking art.

The Ghetto Biennial is a high-energy visit. People are moving everywhere. Out front are tall, black-painted, angular metal sculptures with actual human skulls, also painted black, attached to their tops.

“Yes, those are real,” says a man watching the sculptures when I experimentally tap one of the skulls with my index finger. “The artist gets them because his atelier is over near the graveyard.”

Inside are more artworks: paintings with human mandibles set in them. Sculptures made from the insides of old automobile tires resemble angry dark ghosts, and were made by an artist named Cadet Gory.

Finally, I meet Guyodo. As an artist and sculptor, his work is world famous. “I have exhibited with many international contemporary artists, like Damian Hirst,” says Guyodo, referring to the world-renowned British conceptual artist. Then he shows me an exhibition catalogue to prove his claim.

These days, many of Guyodo’s sculptures are complicated jumbles of steel and wire made to resemble human bodies. He often uses computer keyboards where the heads should be. “Because, well, that’s what we’re becoming,” he says. On some of the slightly humanoid sculptures, he attaches Rollerblade boots where the feet should be. “Those are to remind viewers of the earthquake.”

He runs a small art school nearby, teaching 20 or so younger artists sets of skills from painting to sculpture to multimedia. Inside the studio, the kids are all hard at work.

As we walk back toward the street, he seems upbeat, despite what he says were a “hard” last two years for Haiti.

“And I hate to say this,” he says, “but after the earthquake, when all the NGOs and assistance came, Haiti died a little bit. The NGOs gave themselves all the jobs when they got here, they distributed things to the people, but they gave little work to the Haitian people. And Haitians need the work. This is where our confidence has always come from.”

He pauses for a second, and looks out over the frenetic street traffic on one of Port-au-Prince’s main boulevards. He looks at the faces of people on the sidewalk. The day’s twilight is coming. “You know,” he finally says … then he smiles and shakes his head. “It’s not that we don’t want the help,” he says. “It’s that we don’t need the helplessness.”

This seems something of a convenient answer. After all, with uncountable tens of thousands killed, with roughly 1.6 million displaced and no one to blame but fate, the NGOs and governments and militaries and private individuals stepped up to help fill Haiti’s very obvious and critical “needs vacuum.”

Still, it’s a sentiment that will come up again and again during the visit.

Editor's note: This piece has been updated to reflect the artist's correct name, Guyodo. He had previously been identified as Ti Moun Klere, which is actually the organization Guyodo founded to provide supplies and training to young artists.