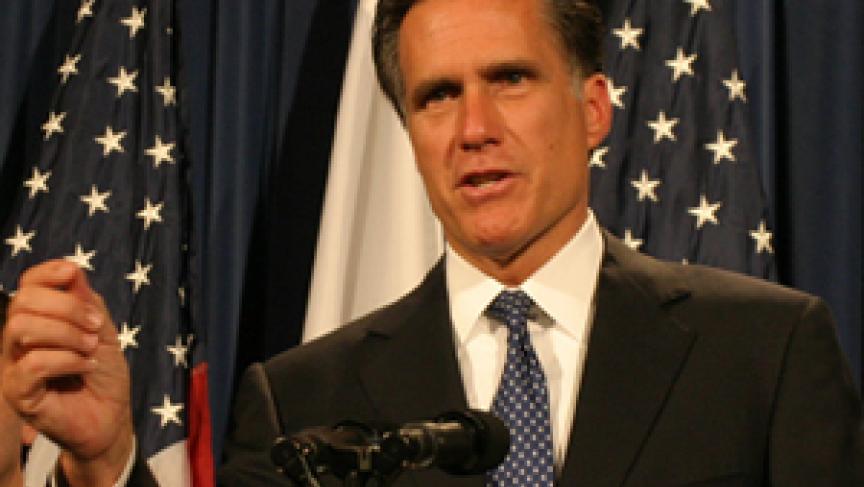 Mitt Romney, who won in Iowa by the narrowest of margins last week, can breath a little easier about his victory in New Hampshire.

Just 30 minutes after the polls closes, Romney came in front of a crowd of supporters, proclaimed victory and declared he was ready to move on to South Carolina.

“Tonight we celebrate. Tomorrow we go back to work,” Romney said to supporters, according to The New York Times.

With 84 percent of precints reporting, Romney had earned about 39 percent of the votes cast and four of New Hampshire delegates to the Republican national convention. Ron Paul came in second with a surprisingly strong showing with 23 percent of the vote, earning two delegates. They were followed by Jon Huntsman at 17 percent and one delegate.

Rounding out the big six candidates were Newt Gingrich and Rick Santorum in a virtual tie for fourth place. Rick Perry, who narrowly avoided dropping out after a disappointing performance in Iowa, had a similarly disappointing showing in Iowa — register just .7 percent of the vote. Perry's showing is not completely unexpected, as he'd all but abandoned New Hampshire in hopes of making his last stand in South Carolina, the next state to vote and a state with demographics more favorable to Perry's brand of southern conservatism.

While Romney's now won both of the two early nominating contests, Paul's strong showing in New Hampshire, coupled with a stronger performance in Iowa, give the Texas congressman reason to keep his campaign alive. Paul finished ahead of Huntsman, who'd practically lived in New Hampshire in recent months in hopes of snaring momentum with a strong performance in the state.