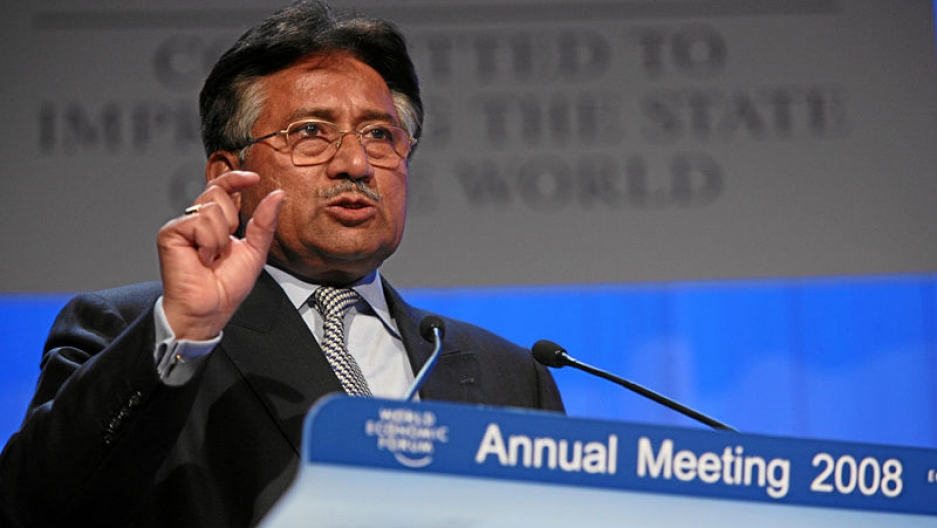 Pervez Musharraf, formerly president of Pakistan and one of the nation's military leaders, has announced that after three years in self-imposed exile, he wants to return home to run for office.

Gen. Musharraf, who now leads his own political faction, the All Pakistan Muslim League, addressed a rally of about 8,000 supporters via video link from Dubai. Fireworks were set off when Musharraf said he would return to Pakistan between Jan. 27 and 30.

Musharraf ruled Pakistan as a military dictator from 1999 to 2007 and then as a civilian president for another nine months. He stepped down in August 2008 to avoid impeachment proceedings.

Since then, he has lived in exile in London and Dubai, spending much of his time on the global lecture circuit. In 2010, he set up the All-Pakistan Muslim League, a new political party that he leads. He recently expressed an interest in returning to Pakistan and competing in upcoming elections.

But he'll have a problem. Tthere are warrants out in Pakistan for his arrest in connection with the killing of former Prime Minister Benazir Bhutto and Baloch nationalist leader Akbar Bugti. His opponents are also threatening to push for him to be tried for high treason for his 1999 military coup.

“There are many who are trying to scare me, but I am not scared,” Musharraf said during the rally. “I have fought wars. I have seen threats. I don’t fear, and I will come to Pakistan. These cases against me have no basis. I will face them in the courts.”

While Musharraf has no shortage of opponents, he also has supporters – as was evident at the rally in Karachi.

“I’m here to support Musharraf because I think we are a beneficiary of his era between 2000 – 2007,” said businessman Waquas Haider. “Haven’t seen a better time in Pakistan than that.”

Haider is part of a class of entrepreneurs and white-collar professionals that probably prospered most during Musharraf’s rule. The former general’s supporters overwhelmingly refer to economic growth under Musharraf as his most important credential. Haider said businessmen like himself could count on growth back then – and they want that certainty back.

“That’s what has been missing since he’s been gone, certainty. In a business environment that’s what we need,” Haider said.

Musharraf’s supporters are convinced he can bring back prosperity. They also don’t think the former general did anything wrong back in 1999, when he overthrew an elected government in a coup.

According to Ali Naqvi, an office-holder in Musharraf’s new political party, it was a legitimate act by Musharraf.

“I don’t call it unconstitutional,” Naqvi said. “At that time the situation was very grave. Pakistan was being declared a failed state. It was high time, he did a right thing. People supported it. People were distributing cakes and sweets. Especially in the urban areas. People were on the streets and dancing. How can you call it unconstitutional?”

That’s not how Musharraf’s foes see it. That's why his most immediate challenge is how to return to Pakistan without getting arrested.