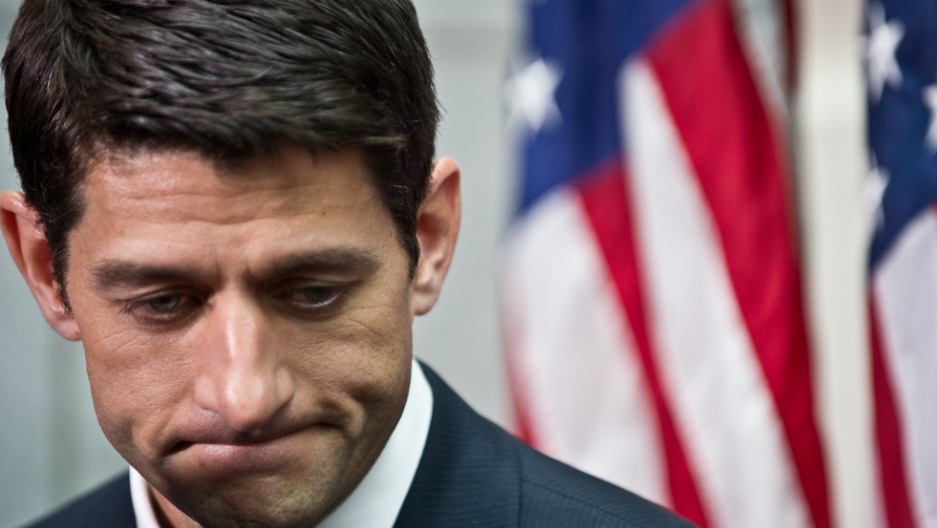 The operation’s mission was to either force Paul to publically denounce SOPA or to dislodge him from his congressional seat in the coming election.

“Either Congressman Paul Ryan pledges to vote no on SOPA/PIPA or he is replaced by a[n] anti-SOPA/PIPA candidate,” the activists say on their website.

And now, Ryan has pledged to vote no on SOPA.

In a three-pronged attack, Reddit users seeking to undo Ryan have worked to catalogue the congressman’s “failures” in Wisconsin, pressuring his donors (using legal, political tools) into pulling their funding, and compelling Rackspace.com, a company that hosts Ryan’s website and has publicly expressed its opposition to SOPA, to remove his domain from their servers.

The operation claimed victory on Monday after Ryan released a statement on his website where he expressed concerns with the legislation and the means by which it would attempt to “address a legitimate problem.”

“The internet is one of the most magnificent expressions of freedom and free enterprise in history. It should stay that way. While H.R. 3261, the Stop Online Piracy Act, attempts to address a legitimate problem, I believe it creates the precedent and possibility for undue regulation, censorship and legal abuse. I do not support H.R. 3261 in its current form and will oppose the legislation should it come before the full House," said the brief statement, released on the congressman’s website on Monday afternoon.

Shortly after the statement was made, “Pullmen” (operatives in the Pull Ryan mission) made jubilant, congratulatory posts on their subReddit, declaring that their operation had been a success.

Unlike similar internet activists such as the infamous hacker collective known as Anonymous, members of Operation Pull Ryan pledged to use legal, political tools to achieve their goals and exert pressure on Ryan. This enabled them to operate in the open, gain media attention, and garner popular support from all corners of the internet.

It’s a strategy that works, says EquanimousMind, a Reddit user who led the operation, and asked to be identified only by his username.

“I believe OPR simply focused Congressman Paul Ryan to look more closely at the… bill. Anyone that looks at SOPA will realize that that issue is not about online piracy but about online freedom and security. We would like to thank Congressman Ryan for taking leadership in the fight against SOPA.”

Not only are they thanking Ryan for taking “leadership,” but they’re rallying around their first convert to internet freedom in a new mission, Operation “KillTheBill."

In the first stage of the operation, dubbed mission “WelcomeBackKongress,” operatives are reaching out to their respective representatives to bring their attention to Ryan’s statement of opposition to SOPA and requesting that they make similar statements.

Online interest groups like Reddit are showing no signs of letting up, especially while SOPA is still in committee at the House of Representatives and its Senate sister bill PIPA continues, in their eyes, to threaten online freedom.

“We will keep campaigning until we feel safe," said EquanimousMind. "Who doesn't naturally fight back when their freedom is threatened?”