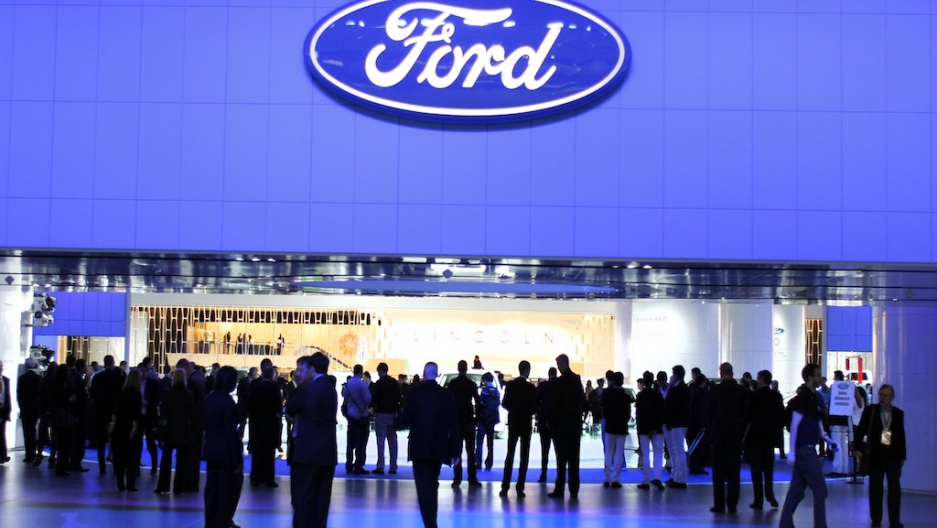 The Ford exhibit is shown during the 2012 North American International Auto Show January 9, 2012 in Detroit, Michigan. The NAIAS opens to the public January 14th and continues through January 22nd.
Credit: Bill Pugliano
Share

Auto industry executives and analysts say 2012 will be a good year for Detroit. They expect auto sales to grow from 4 to 9 percent, the third consecutive annual gain, according to Reuters.

At this week’s Detroit auto show, industry experts are seeing a US market that has relatively stabilized compared with just three years ago, when it hit bottom, but could see growth affected by Europe’s debt crisis and China’s slowdown.

The US market is rebuilding but won’t be reaching its former profitability levels of 17 million annual sales for some time. Meanwhile, Asian automotive makers, in particular, Hyundai and Volkswagen, are proving major competition.

On Monday, Hyundai’s Elantra won Car of the Year at the Detroit auto show. It’s a big marketing coup for the Korean company which has been boasting high sales growth, according to Reuters. Elantra sales increased 40 percent in 2011.

John Krafcik, CEO of Hyundai North America, said Hyundai has sold more than 200,000 Elantras since introducing the new model. Krafcik said the award will help boost Hyundai's reputation for quality and improvement since it entered North America in 1986, according to the Detroit Free Press.

Japanese automakers, hit hard by the earthquake and flooding in Thailand, are also looking to rebound in 2012.

Honda CEO Takanobu Ito said his company, which saw US sales US sales fall 6.8 percent last year, expects to boost its North American production by about 20 percent this year, as the company exports more vehicles to offset a strong yen, according to the Detroit Free Press.