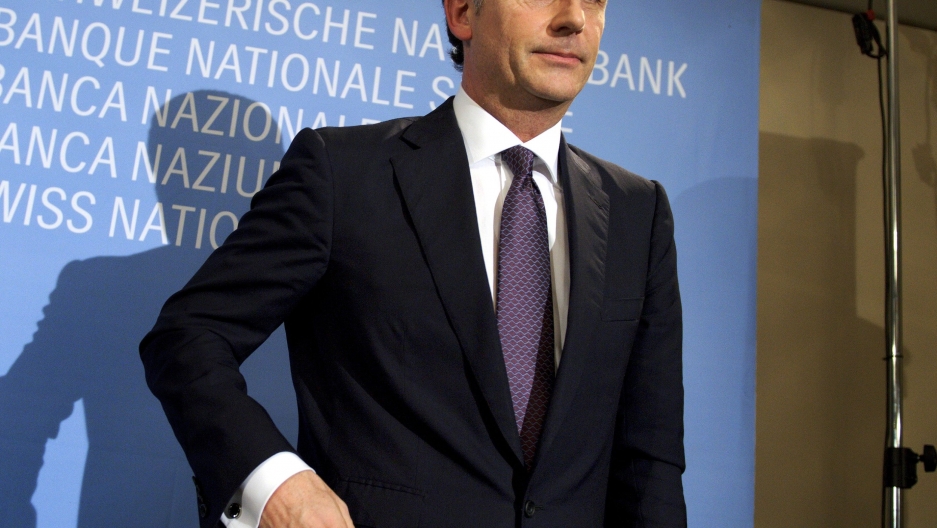 Mr Hildebrand has been accused of speculating on currency transactions only weeks before his central bank capped the Swiss Franc, shifting prices in his favor.
Credit: FABRICE COFFRINI
Share

Philipp Hildebrand, chairman of the Swiss National Bank (SNB), has resigned with immediate effect, the BBC has reported.

Hildebrand has been accused of speculating on currency transactions only weeks before his central bank capped the Swiss Franc, shifting prices in his favor.

It has been confirmed that Hildebrand's wife Kashya purchased $504,000 in August, three weeks before the SNB’s intervention. According to Sky News, she made a 15 percent profit on the transaction. Hildebrand says he has since donated the profits to charity, according to the Associated Press.

Speaking at a news conference in Berne, Hildebrand said he had "no knowledge of my wife's transaction on that day," but had "come to the conclusion it is not possible to provide conclusive and final evidence that my wife did initiate the transaction without my knowledge."

At a press conference in Zurich last Thursday Hildebrand denied any wrongdoing, refused to quit as SNB chairman, and vowed to fight “with all means” the accusations centred on his wife's currency transactions.

The SNB's governing board said it "regretted" Hildebrand's decision to resign, the BBC reported.

On Wednesday the SNB published a redacted version of its independent report into the affair, undertaken by PricewaterhouseCoopers, which said the Hildebrand family’s transactions had not broken central bank rules.