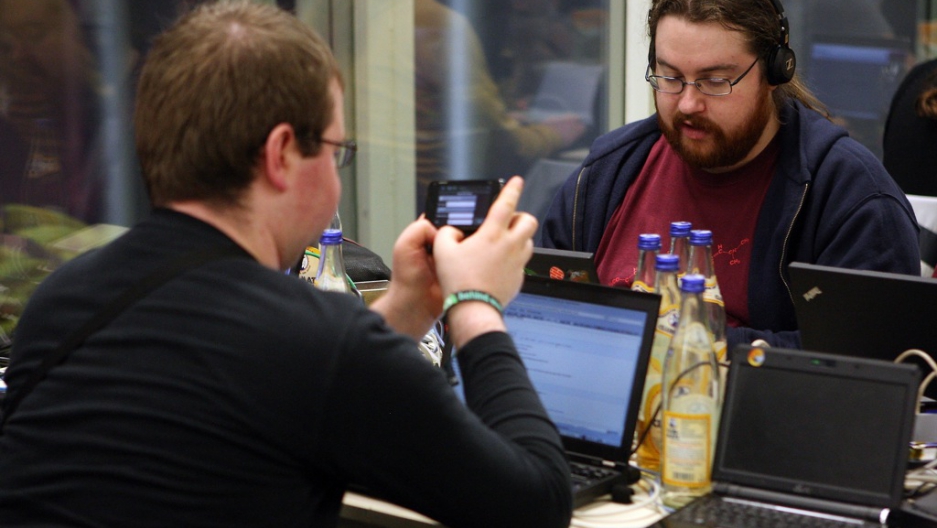 MALMO, Sweden — The Swedish government has registered a new official religion, and not everyone is happy about it, especially some businesses who fear the move may hurt their profits.

The sect is called Kopimism. It espouses data freedom and copyright piracy.

The Missionary Church of Kopimism has drawn in more than 3,000 members with its message of “All knowledge to All.”

Kopimi (pronounced ‘copy me’), as adherents are known, revere the sacred symbols Control-C and Control-V, and engage in file sharing as a kind of communion. “Being recognized by the state of Sweden is a large step for all of us kopimi,” Isak Gerson, spiritual leader of the Church of Kopimism said.

"Hopefully, this is one step towards the day when we can live out our faith without fear of persecution."

The Church was registered by Sweden’s Karamkollegiet just before Christmas, but Gerson, a philosophy student at the University of Uppsala, said he had only learned of it this week.

Gerson, who has links to Sweden’s anti-copyright Pirate Party, applied for constitutional recognition more than a year ago, and has been required to formalize the kopimi way of prayer and meditation.

“Some people think this religion is a joke,” wrote Rick Falkvinge, the Pirate Party’s founder on Thursday. “Get that idea out of your head immediately.” He said being recognized as a religion could provide new legal protections for file-sharers, potentially making it illegal for the authorities to use ‘confessional’ communications between Kopimi adherents as evidence in a trial.

“The communications between operators of trackers and the people who partake in the sacrament of copying now carries confessional status, by and large making it illegal and impossible to collect as evidence in a trial,” he argued on his blog. “That brings a whole boatload of interesting legal ramifications with regards to trying to persecute the worshipers of holy copying and remixing.”