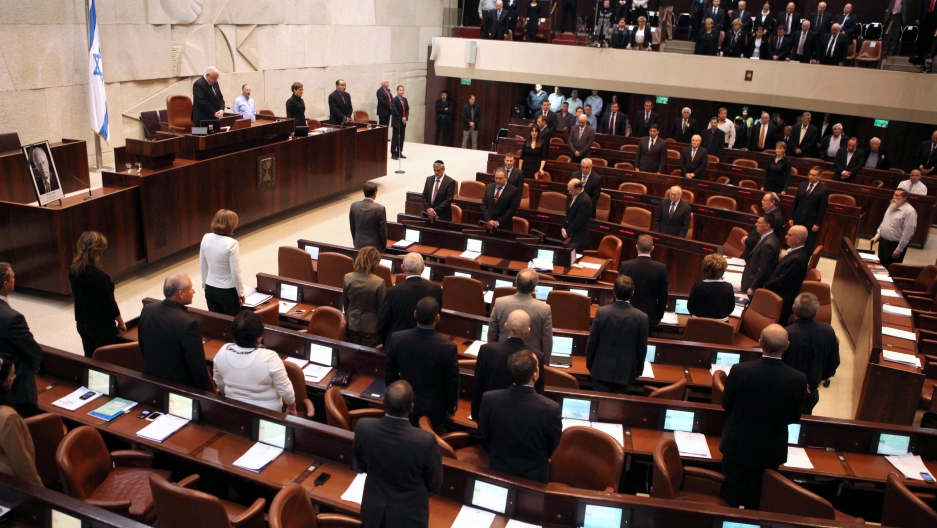 Israel’s parliament is often a lively and irreverent place, and almost universally bemoaned among the people it is supposed to represent for the crudeness and ineffectiveness of its proceedings.

The Knesset Speaker, Likud member Ruby Rivlin, the scion of one of Jerusalem’s great families, is often dismissed for his courtly ways.

This morning the house found itself at an unprecedented low when right-wing Israel Beiteinu representative Anastasia Michaeli, a crony of Foreign Minister Avigdor Lieberman, threw a glass of cold water at the face of Labor party member of parliament Ghaleb Majadele. The entire sorry episode was filmed by Knesset TV and became talk of the day.

Ironically, the event occurred during a debate on the conduct of a school principal from the southern Negev Beduin town of Arara, who took his students on a field trip to a human rights parade in Tel Aviv.

Israel radio announcers could not help but purse their lips and comment all afternoon on the “unseemly example” offered by the two supposed leaders.

Both Knesset members are minor celebrities in their own right. Anastasia Michaeli, a possessor of striking blonde who paid for her year abroad in Paris by modeling, was born into a Christian family in St. Petersburg and converted to Judaism after marrying her husband, Josef Samuelson, at the age of 22. She is a mother of eight, and maintains a full political agenda.

The fate of the high school principal remained undecided at the end of the debate.