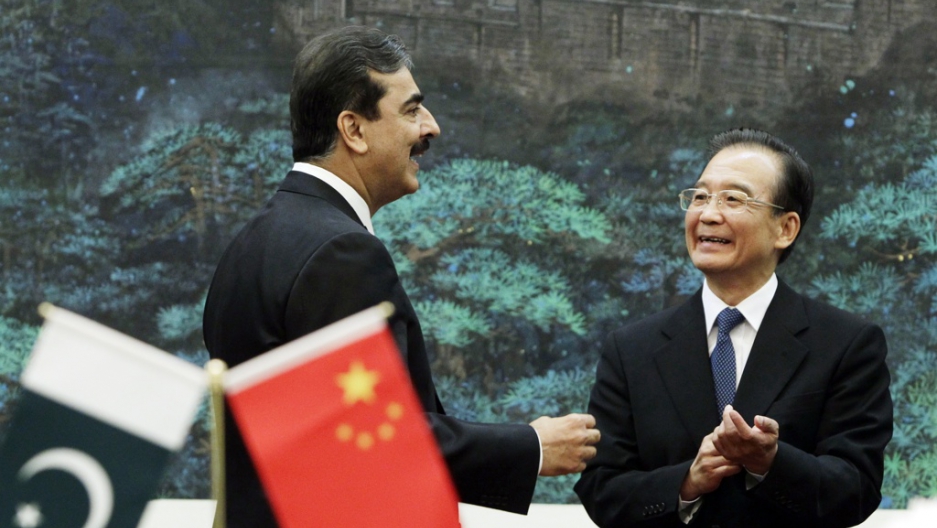 Pakistan's Prime Minister Yusuf Raza Gilani talks to China's Premier Wen Jiabao during a singing ceremony at the Great Hall of the People in Beijing on May 18, 2011.
Credit: Jason Lee
Share

China is planning a military base in Pakistan, India Today reported, citing "a secret report prepared by the government's joint intelligence committee."

According to the report:

China is keen to build military bases in FATA, or the Northern areas, while Pakistan wants to counterbalance Indian naval forces by having a naval base in Gwadar. But it does not spell out the exact location of these bases.

At a time when Pakistan-US relations are strained — chiefly over drone missile attacks in Pakistan’s tribal areas and the covert Navy SEAL operation attack that took out Osama bin Laden on Pakistani soil — China has made no secret of its interest in strengthening its own ties with the nuclear-armed nation.

The Associated Press of Pakistan quoted Kayani as echoing Liang's comments, saying that Pakistan "would continue to provide firm support to China on all issues concerning its core interests," without specifying those interests.

Kayani said, however, that the relationship had been strengthened by frequent high-level visits, joint exercises and enhanced technological cooperation.

China's deepening strategic penetration of Pakistan and joint plans to set up oil pipelines/ rail/ roads and naval and military bases are a matter of concern.

The paper acknowledged that: "China's desire for a military presence in Pakistan has been discussed by the political and military leadership of that country in recent months."

It noted that the issue of Chinese bases in Pakistan was discussed during the visits of Pakistani President Asif Ali Zardari to China and during a visit late last year of the ISI chief, Shuja Pasha, to Beijing.