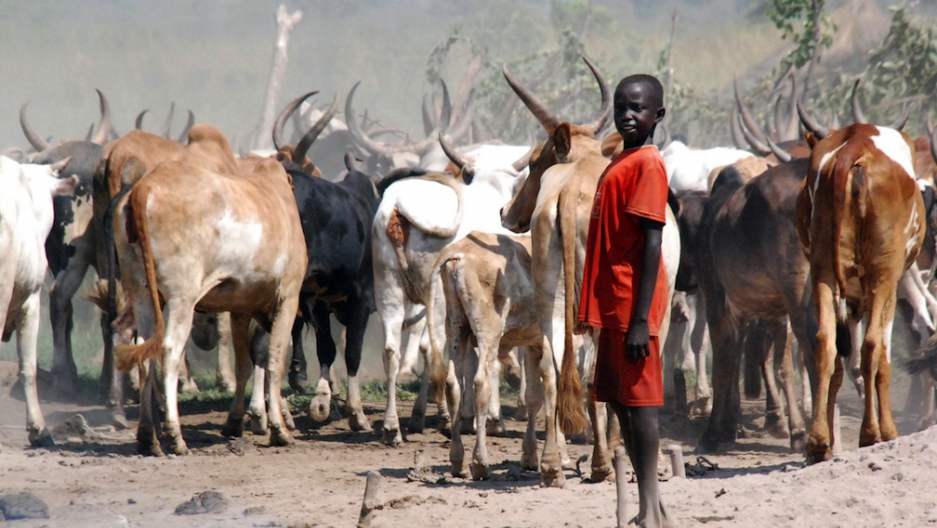 A Sudanese boy rounds up cattle in a camp in a southern Sudanese settlement in the state of Jonglei. Cattle theft between tribes is blamed as one of the prime causes of inter-tribal conflict.
Credit: PETER MARTELL/AFP/Getty Images
Share

More than 3,000 have reportedly been killed in brutal ethnic massacres in the world’s newest country, South Sudan. These are the worst ethnic clashes yet seen in the fledgling nation, which split from Sudan in July last year.

"There have been mass killings, a massacre," said Joshua Konyi, commissioner for Pibor county in Jonglei state. AFP reported him as saying 2,182 women and children were among the dead in a score of attacks that took place last week.

News is only now emerging due to the remoteness of the area in which they took place. The United Nations has yet to confirm the death toll but admits that many have died, despite attempts by peacekeeping forces to defend the area.

The violence is blamed on around 6,000 armed youths from the Lou Nuer tribe who last week marched on the remote town of Pibor, home to the rival Murle people, whom they blame for cattle raiding and have vowed to exterminate. The Lou Nuer tribe withdrew after being fired on by the military, reported the New York Times.

“We’ve been counting the bodies,” Konyi told the Times via phone from Pibor on Thursday night. “It’s really a genocide. If you come, you will see.”

He said Lou Nuer fighters had hunted down civilians who were cowering in the bush. Other Murle leaders said hundreds of women had been chased into a river, where they drowned.

More from Global Post: Ethnic clashes must be solved in the long term

Ethnic tensions in the Jonglei state have flared as tribes have fought over grazing lands and water rights, reported CNN.

Tit-for-tat cattle raids often turn violent and involve the abduction of women and children. Talks aimed at brokering peace between the two tribes broke down in December. Following this, the Lou Nuer began amassing a huge force of heavily armed youths and Lou Nuer elders were reported as saying it was time to wipe out the smaller Murle group.

South Sudan’s military spokesman, Col. Philip Aguer, also talked to the New York Times, saying: “I feel bad … It is regrettable that the [South Sudanese Army] couldn’t stop this. This region is in conflict. This is not the first incident of this kind, and it will not be the last.”