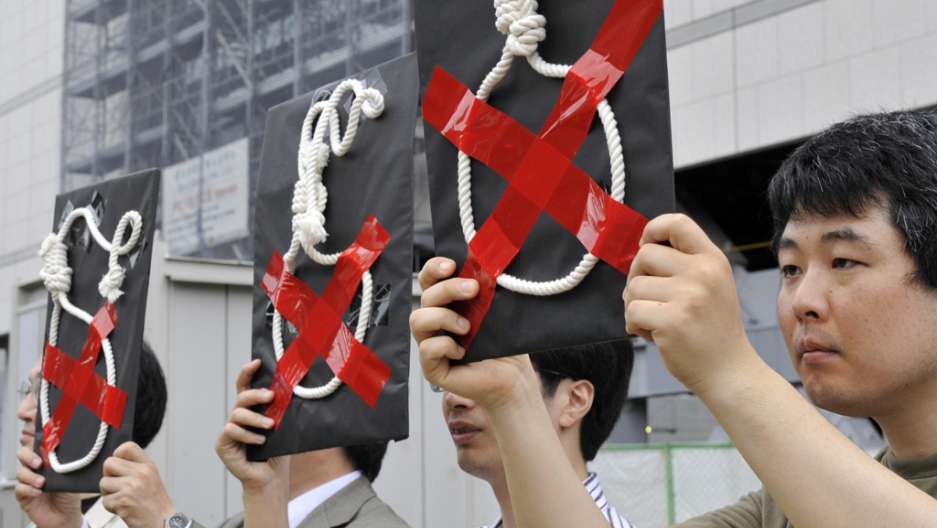 TOKYO, Japan — These are encouraging times for opponents of the death penalty in Japan. In 2011, not a single death row inmate was led to the gallows,
according to reports, the country's first execution-free year for almost two decades.

Executions have slowed to a halt since the left-of-center Democratic party of Japan (DPJ) took office in a landslide election victory in 2009.

Optimism among campaigners that the party would immediately impose a de facto moratorium turned to indignation in July 2010, when the then-justice minister (and outspoken abolitionist) Keiko Chiba inexplicably approved the hangings of two men.

More from GlobalPost: An in-depth look at the death penalty in Asia

Chiba promptly set up a panel to deliberate Japan's hitherto enthusiastic use of the death penalty, and her successors say they are reluctant to approve further executions while the experts are still in discussions.

International human rights groups have congratulated the government on its stance.

"[We] encourage your government to sustain its efforts and call on your authority not to approve any execution order in the future," the International Federation for Human Rights and the World Coalition Against the Death Penalty said in a letter sent to the prime minister and the justice minister.

But it is too early for abolitionists to celebrate Japan's reluctance to hang criminals as a final step towards abolition.

More from GlobalPost: Trend toward abolition of the death penalty in Asia

Eighty-four inmates have been hanged since 1993, when Japan resumed executions following a three-year moratorium. And the public appetite for capital punishment remains strong — more than 80 percent are in favor, according to a recent poll — bolstered, perhaps, by the presence on death row of 13 members of Aum Supreme Truth, the doomsday cult behind a fatal sarin gas attack on the Tokyo subway in March 1995.

Japan's courts, too, show no sign of falling into line with international opinion: 129 people currently await execution in Japan, the highest number for more than 60 years, according to Kyodo.

Japan can expect to come under more pressure from the European Union and campaigners to join the international shift towards abolition.

In a damning 2009 report, Amnesty International highlighted the cruelty of Japan's system, in which inmates are given very little notice before being executed, and their relatives informed only after the fact.

Amnesty said that death row inmates were being driven insane and exposed to "cruel, inhuman and degrading" treatment.