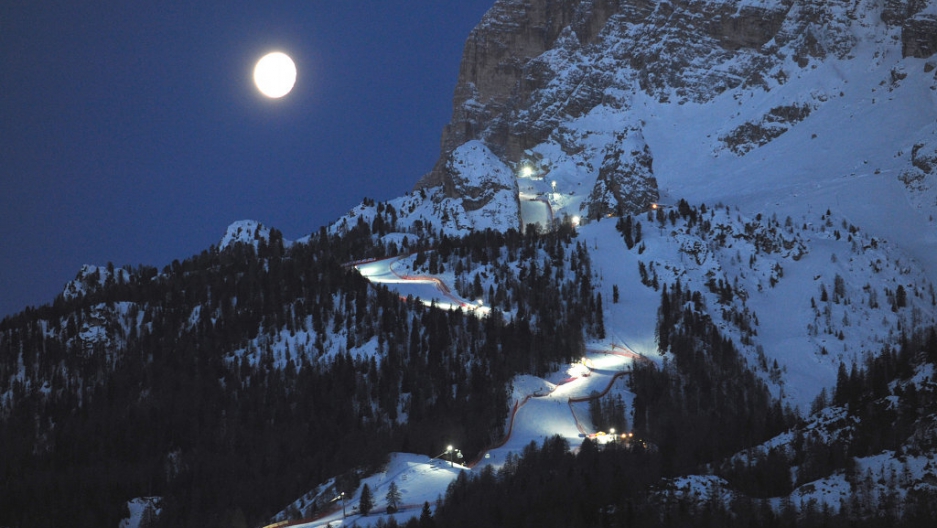 The moon shines on the Italian Dolomites above Cortina d'Ampezzo, ski resort of the Italian rich and scene of an astonishing raid by tax authorities
Credit: Alain Grosclaude/Agence Zoom
Share

Tax evasion has long been a national sport in Italy but with the country facing major debt problems - 1.9 trillion euros ($2.4 trillion) and counting - the government of recently appointed prime minister, Mario Monti, is letting Italians know everyone has to pay their taxes. He is doing it in dramatic style.

Yesterday, Reuters reported, that just before New Year's 80 tax inspectors blitzed Cortina d'Ampezzo, the luxury ski resort in the Italian Dolomite Alps. Among the interesting things they found were 42 owners of Ferraris and other luxury cars who had declared incomes of under 30,000 euros a year ($38,700).

No report on what happened to the cars or their owners.

It is estimated that the Italian treasury loses at least 120 billion euros ($152.7 billion) a year through tax evasion. This puts the country at the heart of the euro zone debt crisis.  This week the yield on Italian bonds went back over 7 percent.

To say that the government is waging war on tax evaders is only a slight exaggeration. Last month, two letter bombs were sent to Rome's tax collection offices. One was intercepted, the other blew up injuring a senior official.