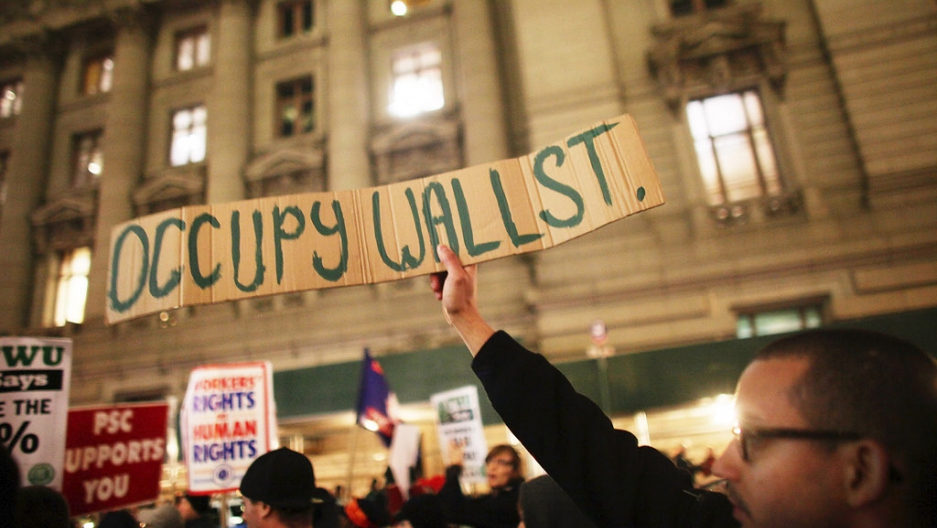 The energy and the desire for change manifested itself in 2011in the Occupy Wall Street movement. Carne Ross, a former British diplomat, has just published a book with serious suggestions for the next steps forward.
Credit: Spencer Platt
Share

Early last year, as the Arab Spring was tasting its first successes and before the "indignados" of Madrid ignited what has become the Occupy movement in America and Europe, a former high flying British diplomat was putting the finishing touches on his first book.

Carne Ross's "The Leaderless Revolution" is a manifesto for a movement that ignited as the book was in production. It has just been published in the U.S. and good timing is clearly one of the book's strong points.

Ross's vision can be summed up in one of the concluding sentences of the book. Of the problems facing humanity early in the 21st century he writes, "It would be foolish to place our faith in one form of management - government - to solve them."

About government the author knows more than probably any OWS activist who camped out in Zuccotti Park or is still on the steps of St. Paul's Cathedral. Ross worked at the heart of the British government as a senior diplomat for the Foreign Office. He was running the Iraq desk at Britain's U.N. office at the time of the overthrow of Saddam. He resigned over that conflict. But before then he had served in Afghanistan and the Balkans.

The book is very much a personal testament of his journey from the heart of a government establishment to a position of what I can only describe as a position of "responsible anarchism."

He knows the extraordinary changes and challenges facing not just governments in the 21st century, but as the book makes clear, humanity.

"The Leaderless Revolution" crosses a lot of territory that others have written about and in the early part of the book it feels like the author is throwing ideas and anecdotes at the reader for no particular reason than getting stuff off his chest. But it is in the book's concluding chapters that Ross's experience filters through with nine provocative policy prescriptions and some very strong critiques of the institutions representing what I call "the professionally concerned."

He is particularly hard on single-issue campaigns. He points out that if problems are going to be solved then it will need a greater generosity between groups as they build coalitions to fight for economic justice, environmental improvements and so on.

Ross ends by acknowledging that anarchism is an odd way to call for action. But there is something compelling in his struggle to formulate words that will propel forward a movement that is only just forming itself.