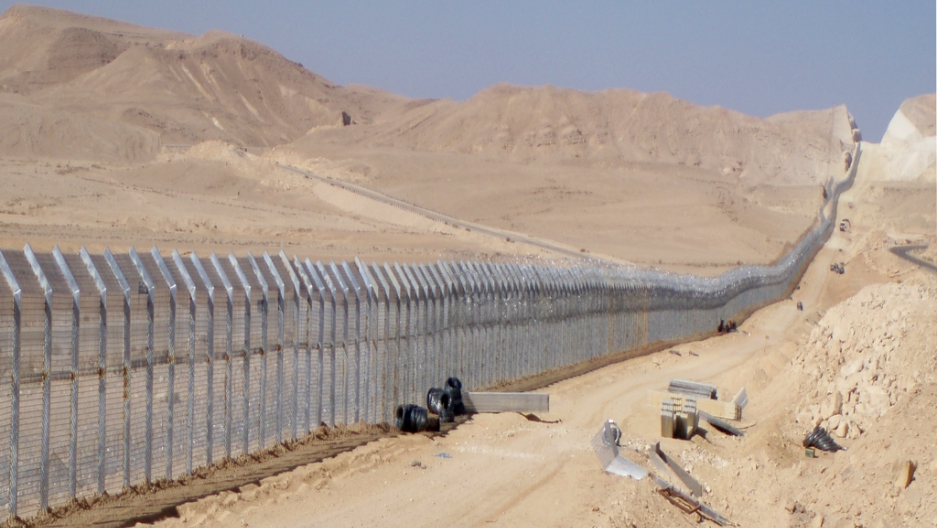 A security fence in seen along the Israel-Egypt border north of the Red Sea resort of Eilat. Egypt's Muslim Brotherhood has indicated the Egypt-Israel peace treaty might be at risk.
Credit: CHARLY WEGMAN
Share


US State Department spokesman, Victoria Nuland, told reporters yesterday that the Muslim Brotherhood, which has grabbed as much as 40-50 percent of the seats in Egypt’s new parliament, has offered Washington assurances that it would respect the 1979 peace accord with Israel.

“They have made commitments to us along those regards,” State Department spokeswoman Victoria Nuland said when asked whether Washington believed that the Islamist party would uphold the treaty.

On Jan. 1, 2012, deputy head of the Brotherhood Dr. Rashad Bayoumi, told Al-Hayat, a pan-Arab daily newspaper: “We will not recognize Israel under any circumstances; we are talking about an occupation entity and a criminal enemy.”

Today, another top Brotherhood official denied the movement assured the US it would not abrogate the treaty, saying they would most likely hold a referendum that allows Egyptian citizens to decide, according to Egypt's Ahram Online, an English-language news website.

If the treaty is killed, it would most likely put the billions in US aid money to Egypt in jeopardy, and many observers say the Brotherhood is too pragmatic to take such a dramatic step.

More from GlobalPost: Inside the Muslim Brotherhood: Part 1

More pressing, it seems, are issues on the domestic front. The economy has floundered and the Islamists are headed for a showdown with Egypt’s ruling generals over civilian rule and the constitution.