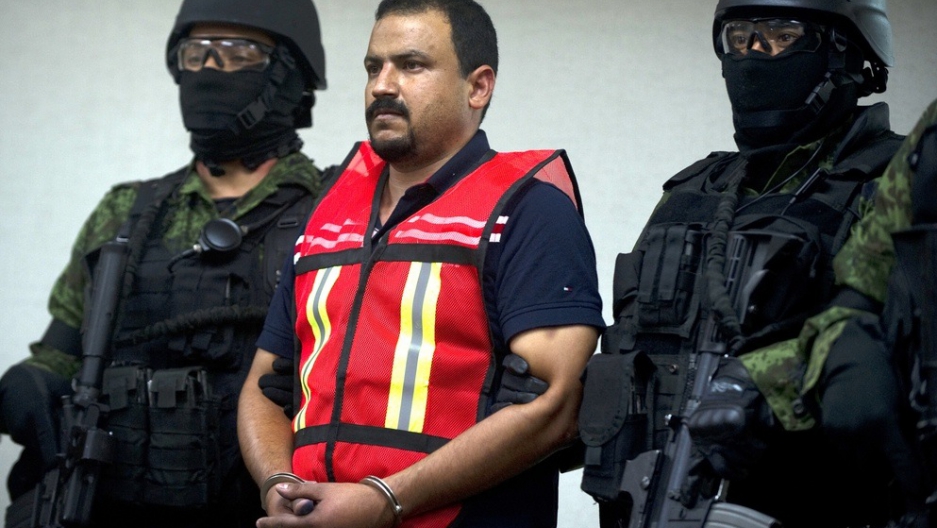 Mexican Army soldiers with Juan Carlos Garza Rodriguez, aka 'El Juanillo', alleged member of the drug cartel 'Los Zetas.' Zetas members keep getting picked up, but is that just because they're so thick on the ground?
Credit: YURI CORTEZ
Share

The guilty plea of the Tijuana cartel boss in the US on Thursday marked the official waning of that drug network. But it also raised an interesting question: which cartel is now on top?

Benjamin Arellano Felix, now 58, ran the powerful Tijuana Cartel for 16 years before he was arrested in Mexico in 2002, and was extradited to the US 9 years later.

His operation, alternately known as the Arellano Felix Organization, was considered by the US Department of Justice to be "one of the most nortorious mutlinational drug-trafficking organizations to ever exist," and controlled the routes for cocaine, marijuana and other drugs from border towns into the US.

Arellano Felix pled guilty to charges of narcotics trafficking, money laundering and organized crime-related offenses. The government said that he raked in hundreds of millions from the drug trade, and conspired with his cohorts to launder the profits. It said that he also directed members to kidnap and murder those who got in the way.

He faces a maximum penalty of 25 years in prison, which is pretty light considering that his underlings have been handed far stiffer sentences. Once that's served, he'll be sent back to Mexico to finish another 22 years for a conviction there.

Arellano Felix is a great example of the mutable, and therefore lasting, nature of the drug business. For example, InSight Crime, which offers solid analysis of the shifting alliances among the cartels, noted at the end of last year evidence of an alliance between the Sinaloa and the Tijuana cartel: a pact that essentially allowed the two to run their operationsthrough the same territory in peace

Now, according to a report by a top Mexican government official, the director of the Office of Special Investigations into Organized Crime, the Sinaloa cartel has lost ground to the Zetas cartel, which has become known for his gruesome violence and aggressive expansion tactics. (The map, below, from Insight Crime and via the Mexican official, shows what's believed to be the current breakdown of territory.)

But does that mean they're more powerful? One of the strongest cudgels a cartel can wield is its influence over the political and security sectors in Mexico: who controls the politicians and the troops. According to Insight, that's still the Sinaloans:

Considering this, it seems reasonable to suggest that the Sinaloans’ more streamlined organization and willingness to cut deals has allowed it to remain the more powerful player in Mexico. While the Zetas may hold more territory, the Sinaloa Cartel maintains connections at all levels of government, including sections of the federal police and military, and its influence does not seem to be going anywhere.

It'll be interesting to see what that means for the upcoming presidential elections in July.