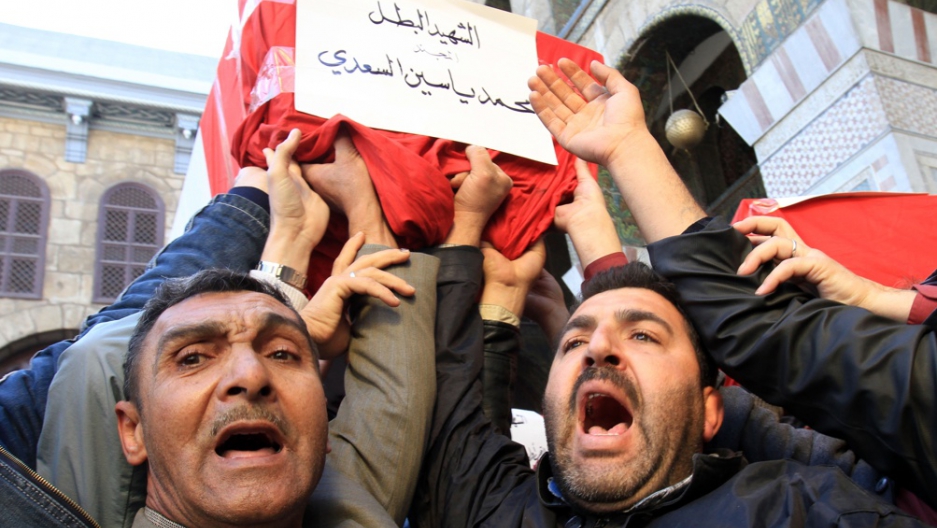 ISTANBUL — The Syrian regime has released 552 prisoners today, according to the state-controlled news agency, in what seems to be an effort to comply with the Arab League's plan to end the violent crackdown against the uprising that began last March.

According to SANA, the 552 were those taking part in the uprising but not involved in violent acts against the government. The Syrian regime released political prisoner sfour times previously in late December and throughout November. SANA puts the number of prisoners released at about 3,400. But opposition groups say the number in prison is far greater, perhaps as high as 25,000. Due to restrictions imposed on journalists trying to enter Syria, it is not possible to verify either number.

The Arab League, which now has 100 observers in the country, has been putting pressure on Syria to enact a series of measures to stop the violence. The Arab League requires the government of President Bashar al-Assad to free political prisoners, pull security forces and heavy weaponry from cities and towns, and to start talks with leaders of the uprising.

The Arab League representatives have said that they have been partially successful at getting the Syrian regime to comply with their plan, which Asad accepted on Dec. 19. But opposition groups say the observers have been mislead by the government.

The United Nations last month put the number of killed in Syria, not including those killed working for the regime, at more than 5,000.