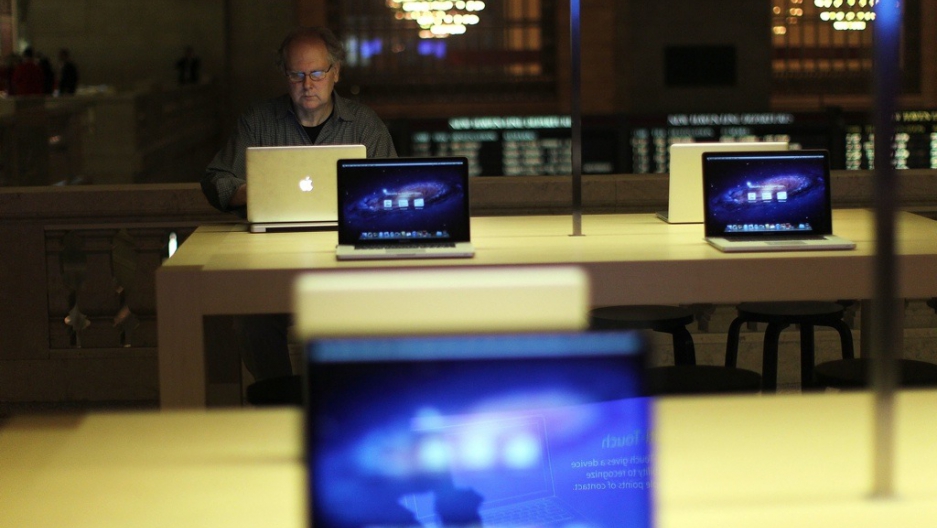 Hackers are lining up to target the US government if a bill that they say would threaten internet freedom is passed by the US Congress.
Credit: Spencer Platt
Share

In a letter obtained by the Spanish newspaper El Pais and quoted by the Guardian, Solomont threatened “retaliation action” if Spain did not move quickly to pass the Sinde law, named after minister of culture Ángeles González-Sinde.

The Sinde Law was passed on Jan 3, after the new government led by Mariano Rajoy came to power, and gives a government body the power to force internet service providers to block sites found guilty of hosting pirated material within 10 days, according to the BBC. Under the law, a newly created intellectual property commission will decide what action to take against a site deemed to be violating internet copyright laws, passing the case on to a judge who decides whether the site will be shut down.

More on GlobalPost: SOPA: Has the internet become an interest group?

The Guardian quotes from Solomont’s letter, which reads, “The government has unfortunately failed to finish the job for political reasons, to the detriment of the reputation and economy of Spain." The letter goes on to remind Zapatero that Spain is on the Special 301, a list of countries judged to provide inadequate protection for intellectual property rights.

Spain was among 28 countries put on 2011's Special 301 list, including Belarus, Greece, Italy and Ukraine. Countries deemed the worst offenders are put on a "priority watchlist" and can be subject to "retaliation actions" including the elimination of tariff agreements and a referral to the World Trade Organisation. Last year's priority list included China, India, Israel and Russia.

The news comes at a time when the United States Congress is debating the Stop Online Piracy Act (SOPA), which has drawn strong criticism from opponents such as Google, Facebook, Twitter and the ACLU for potentially eroding internet freedom and causing “an explosion of innovation-killing lawsuits and litigations.”

More on GlobalPost: In response to SOPA, Anonymous hackers target US government

The US involvement in Spain’s anti-piracy laws came to light in 2010 when El Pais published WikiLeaks documents quoting US officials proposing steps to pressure Spain into adopting stricter laws, according to tech blog Ars Technica.

Ambassador Solomont, who served as President Obama’s fund-raising chief during the 2008 election, was appointed to his post in August 2009 after raising nearly $500,000 for the campaign, according to The Boston Globe.