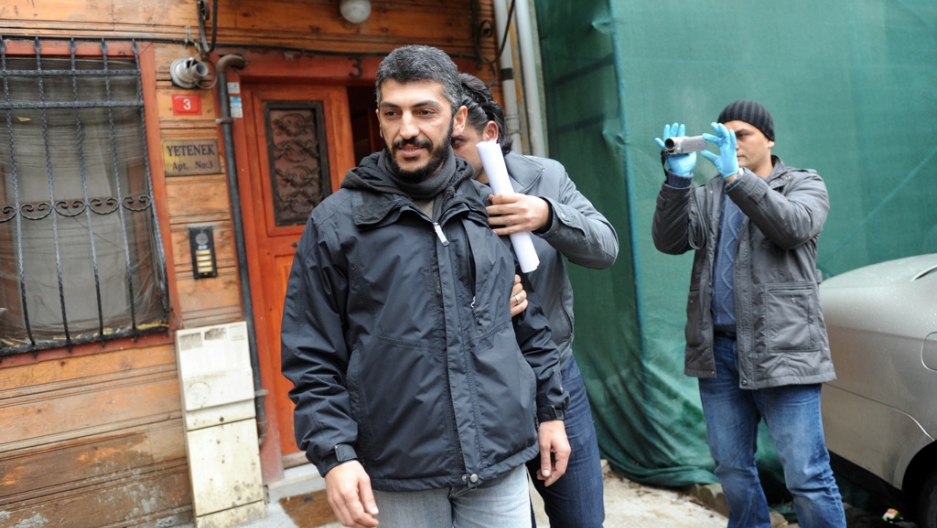 Agence France-Presse photographer Mustafa Ozer (L) is escorted by a plainclothes policeman as he leaves his house in Istanbul, on December 20, 2011. Police detained at least 38 people, most of them journalists, in dawn raids across Turkey as part of an investigation into alleged links between Kurdish activists and armed separatist militants, security officials and media said.
Credit: BULENT KILIC
Share

It was the 8th hearing of the OdaTV court case, which alleges that journalists were involved directly or indirectly with an alleged ultranationalist terrorist organization plotting to overthrow the democratically-elected government.

Ahmet Sik is one of the journalists accused and his arrest has triggered the largest outcry. In his statement given in court today he said that the case against him was a political case and that the purpose of such trials was to intimidate journalists.

"This case is not just about freedom of expression but also a case against society's right to access information. Silencing the press is silencing the people. Is this regime a democracy or is this a dictatorship or fear," he said.

Sik's book the "Imam's Army" was confiscated and deleted from computers by the police during the investigation phase of the case. It was leaked onto the internet and downloaded by many.

Those critical of Sik's arrest maintain that the reason for his arrest and trial is because his book argues that supporters of Fethullah Gulen, a Muslim preacher who lives in self imposed exile in America, have taken over the police forces in Turkey.

There are 14 defendants in the case and 12 of them are being tried under arrest. The courts have denied their release several times stating that the defendants are in a position to flee or tamper with evidence.

Turkey has almost 100 journalists in prison, most of who are ethnic Kurds being charged with belonging to or making propaganda on behalf of the outlawed Kurdish Workers' Party. The government maintains that journalists who are in jail are not in prison for their work as journalists but of other crimes.