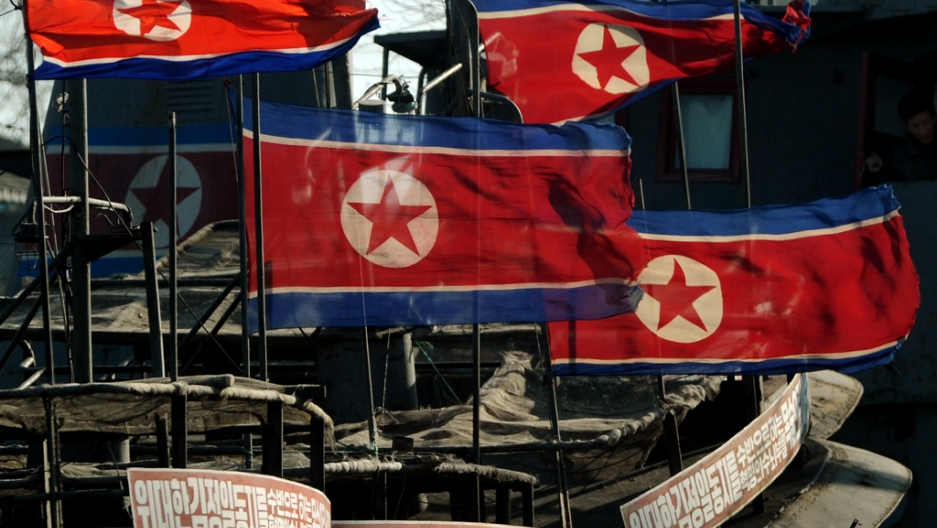 OSAKA, Japan — North Korea doesn't just do a nice line in belligerent rhetoric; it also has the military hardware to make life difficult for its enemy South Korea, according to a new report.

Just as the North risks economic collapse and starvation the regime has diverted funds to its 1.2 million-strong army and its nuclear weapons program, according to the Korea Economic Research Institute in Seoul.

It has also acquired a record number of tanks, warships and air defense artillery, the independent think-tank said in an unsettling report published this week.

"The depressing reality is it would not be entirely wrong to say North Korea's military is stronger than the South's based on updated data from 2011," the institute said.

The best way for Seoul to deter a pre-emptive attack, it went on, is to make it clear that it is ready to respond to any form of aggression with immediate and overwhelming force.

The report makes sobering reading just a week after crowds in the North Korean capital Pyongyang bade an emotional farewell to its former leader Kim Jong Il, and welcomed his youngest son, Kim Jong Un, as their new ruler.

The South, of course, is not alone in facing down its enemy at the demilitarized zone, the heavily fortified border that has separated the two countries since the end of the 1950-53 Korean War.

This week the US Assistant Secretary of State Kurt Campbell has been doing the rounds among North Korea's neighbors. On Wednesday he called on China, the North's only remaining ally, to help ensure stability on the peninsula.

"I think the United States and China share a strong determination to maintain peace and stability," Campbell said in Beijing before flying to Seoul. "We urged all parties to cautiously deal with the situation and to refrain from any provocations."

While they hope for the best, Seoul and Washington are also preparing for the worst: the countries defense chiefs having agreed to step up joint military exercises, maneuvers that Pyongyang has previously condemned as preparations for an invasion.