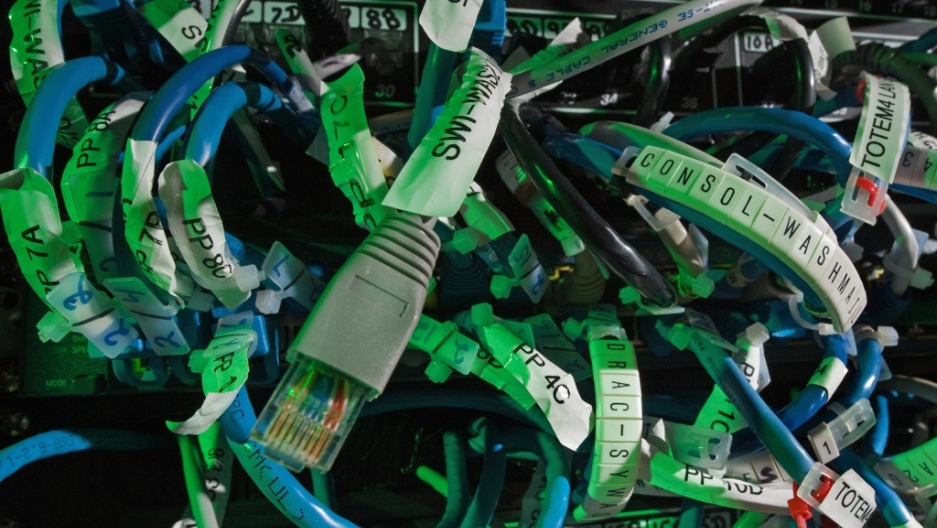 The internet is beginning to stand up for itself.
Credit: Paul J. Richards
Share

ATLANTA, Georgia — When protesters first took to the streets in Tunisia more than a year ago, few expected the vast pro-democracy movement that followed. But even fewer expected hackers to have anything to do with it.

Born from the amoral chaos of 4chan, an image board frequented by those associated with Anonymous, the collective managed to coalesce around a belief that, at the very least, people should not have to live under the rule of tyrants.

More from GlobalPost: In response to SOPA, Anonymous hackers target US government

These altruistic hacks took place amid other, more questionable, breaches that some members of the collective said were done simply “for the lulz” (the laughs). But one thing is now clear: online activism has grown up over the past year, as people with ideals and technical expertise joined a global revolution against power, greed and economic inequality.

Web activism is now capturing the imagination of mainstream internet users, and is organizing for a new reason — to stand up for itself.

A case in point is the recent online rally against the Stop Online Piracy Act, or SOPA, currenly being debated by a Congressional committee. Opponents say the bill would dramatically diminish internet freedom, online privacy, and the free and fair use of copyrighted material.

Anonymous quickly leaped into the breach, threatening to attack the US government if the bill passed. But while Anonymous gears up for a potential cyber war, mainstream users are working to kill the legislation through more traditional organizing and legal actions.

Politicians, in return, are increasingly turning to online communities for support. The internet, it seems, has become it’s own interest group.

Last week, on the popular social news website Reddit, users began calling for direct action against lawmakers who have come out in support of SOPA, as well as PIPA, the sister-legislation in the Senate.

More: Alexis Ohanian, co-founder of Reddit.com, talks about his opposition to the Stop Online Piracy Act.

Instead of calling for illegal hacks against politicians, the Reddit community decided to use its power to organize large numbers of people — as a labor union or minority group might — to punish those they deem to be pro-censorship lawmakers — doing everything they can, including digging up unsavory secrets and funding opposition candidates — to threaten their coming reelection bids.

Redditors, as they are known, first targeted Lindsey Graham, a Republican senator from South Carolina in what was dubbed “Operation Graham Cracker.” After an online discussion, however, Redditors decided to shift their focus to Wisconsin Republican Paul Ryan, who is up for reelection in November and who activists say has received hundreds of thousands of dollars in funding from SOPA supporters.

“Operation Pull Ryan,” those involved with it say, seeks to force the congressman to make clear his opposition to the legislation or suffer the consequences.

“Either Congressman Paul Ryan pledges to vote no on SOPA/PIPA or he is replaced by a[n] anti-SOPA/PIPA candidate,” the activists say.

In a three pronged attack, Reddit users seeking to undo Ryan are now working to catalogue the congressman’s “failures” in Wisconsin, pressuring his donors (using legal, political tools) into pulling their funding, and compelling Rackspace.com, a company that hosts Paul Ryan’s website and has publicly expressed its opposition to SOPA, to remove his domain from their servers.

One of the founders of Reddit’s Operation Pull Ryan, who also started pullryan.com, Reddit user EquanimousMind, who refused to give a real name, said that Reddit and other websites are becoming a new political force that are now beginning to assert themselves.

More from GlobalPost: Iowa caucus results are as clear as mud

“What you’re seeing with Operation Pull Ryan (OPR) is something new. Bills like SOPA / PIPA are forcing the evolution of the Reddit hivemind into something more focused, organized and dangerous. I think this is just the start,” EquanimousMind told GlobalPost in a message on Reddit, adding that users can speak only for themselves and not the entire Reddit community, which has millions of participants from all over the world discussing everything from My Little Pony to world politics.

EquanimousMind said that Operation Pull Ryan had been making progress after only a few days of looking into the congressman’s voting record.

“To be honest I'm a little shocked at what's not a secret, there is such a clear correlation between the tax loop holes he tries to pass and his corporate sponsor list. I don't think we even need to find skeletons to get him out of office based on his public record. Still, when you have over 2,000 people doing nothing but search for secrets on you, something might just pop up,” EquanimousMind said.

Reddit activists have also raised more than $15,000 in a fundraising drive to support the operation and plan to donate the money to Ryan’s 2012 election opponent, Rob Zerban, a staunch anti-SOPA Wisconsin Democrat.

With his ear to the internet, Zerban participated in a question and answer session on Reddit, where he explained his position against SOPA and other censorship legislation being debated in the US House of Representatives. His participation in the session endeared him to the Reddit community.

The power of the online activist community, in the same way a labor union wields power, is in its numbers and ability to organize. Increasingly, this is taking place around the world — from Cairo to Sanaa to Washington to London — through Facebook, Twitter and, now, forums like Reddit. And political campaigns are beginning to take notice.