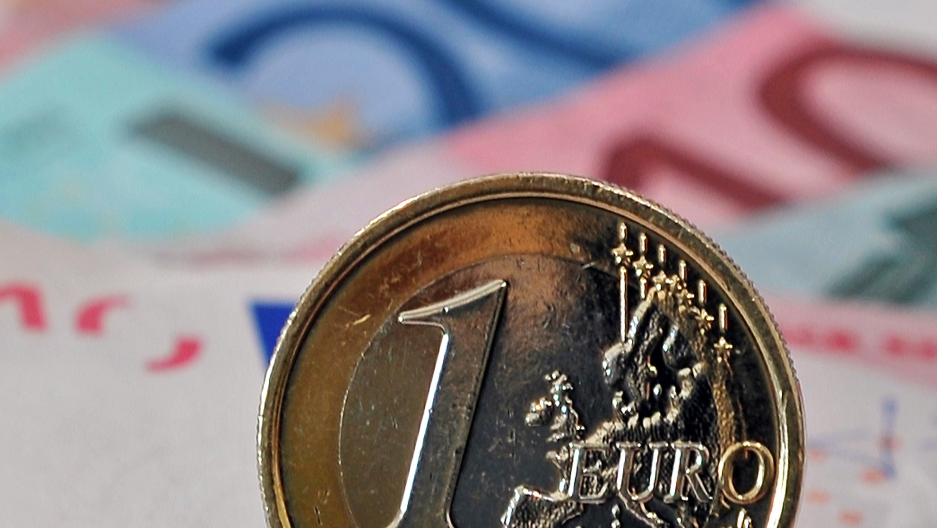 Eurozone governments need to sell more than €250 billion of debt in the first quarter of 2012.
Credit: PHILIPPE HUGUEN
Share

Sustained concerns over the health of Europe's banks have seen the euro drop to its lowest rate against the dollar in 16 months, the BBC has reported.

The beleaguered currency fell to $1.2831 against the dollar after rising French borrowing costs and a suggestion from Spain’s new economy minister that Spanish banks may face up to €50 billion in new bad loan provisions unsettled markets.

Shares in Europe’s banks slumped on Thursday, according to the Wall Street Journal. In Frankfurt, Deutsche Bank and Commerzbank shares dropped around 4.5%, while in Turin shares in Intesa Sanpaolo dropped 6.5%.

Shares in Rome-based UniCredit fell more than 11% before trading was halted for the second day in a row, according to the Associated Press.

France managed to sell off close to its target of nearly €8 billion of bonds today, with the auction representing one of Europe’s first major market confidence tests of 2012, the New York Times reported. However, demand for its 10-year bonds fell sharply and interest rates were up on last month.

Eurozone governments need to sell more than €250 billion of debt in the first quarter of this year, although efforts last month to bolster the eurozone failed to satisfy investor concerns over the bloc continuing debt crisis and the currency’s future.

More on the eurozone crisis from GlobalPost