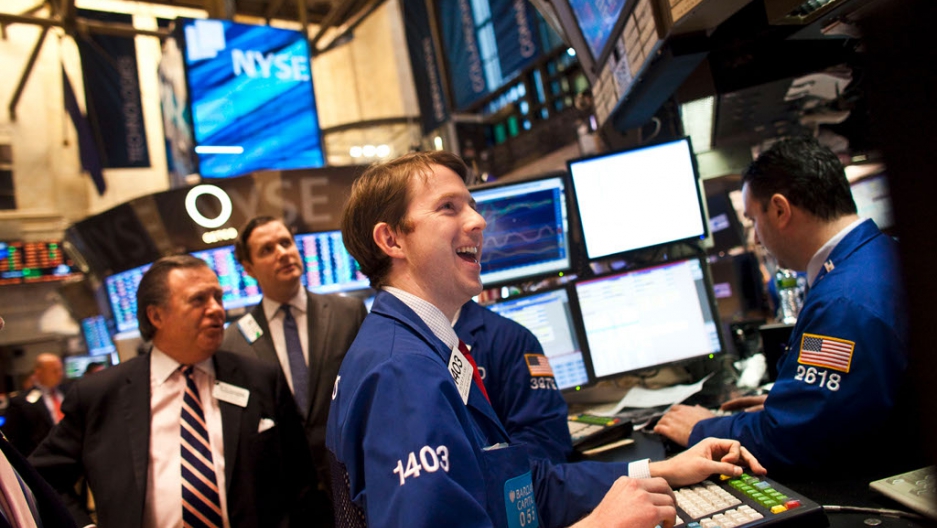 They were smiling on Wall Street to start the year. But is that confidence enough to get the whole world economy back on track?
Credit: Ramin Talaie
Share

Today's Daily Telegraph, a voice of highly skeptical British conservatism, especially in its financial pages, has a very interesting article by Richard Blackden on the U.S. economy. It throws a large bucket of cold water on the new conventional wisdom gathering at year's end that somehow America was out of the woods and ready to grow in a way that would bring the rest of the world economy with it.

The money quote is from David Semmens of Standard Chartered Bank in London. "The US economy is like a paper bag being blown along in the wind."

The upside quote comes from Mike Gapen of Barclay's Capital, who doesn't think there is much likelihood that Europe's woes will seriously hamper U.S. growth prospects. "Short of a big Lehman-like financial crisis, it's hard to see the US being derailed by Europe," he told the Telegraph.