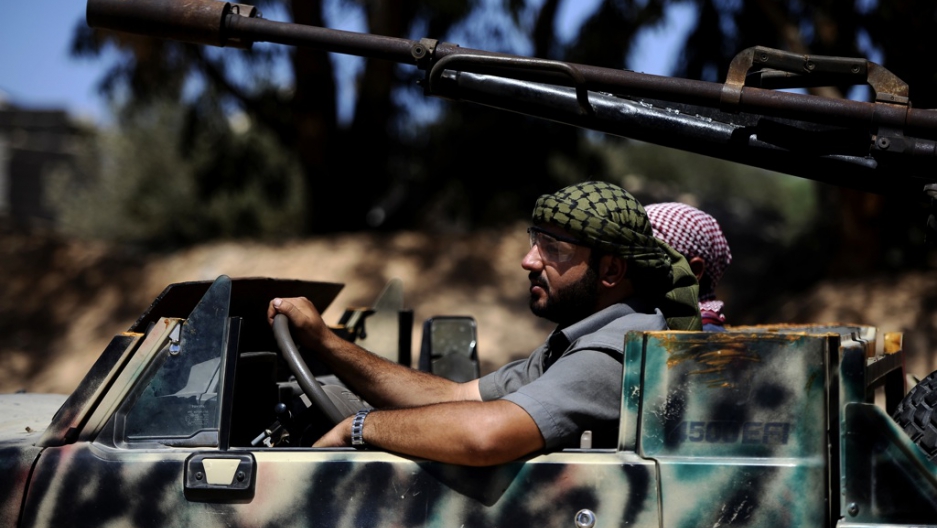 Libyan rebels drive on the road between Misrata and Sirte. Rebel fighters from Misrata have been difficult to control in post-Gaddafi Libya.
Credit: FILIPPO MONTEFORTE
Share

Libya’s National Transitional Council (NTC) appointed a militia commander from Misrata as head of the country’s new armed forces, strengthening the influence of the battered city that has emerged as a key powerbroker in post-Gaddafi Libya.

Libya’s rebel-formed government on Tuesday named Yousef al-Manqoush, a retired general from Misrata, as head of the military, Reuters reported.

On Tuesday, heavy clashes between rival militias in central Tripoli, including fighters from Misrata, killed five people and threatened the government’s ability to maintain security in the capital.

Misrata, bombarded badly by forces loyal to deceased Libyan dictator, Muammar Gaddafi, is flexing its muscles in the post-war period.

It mans its own checkpoints in Tripoli, rejects the country’s banknotes, and laid claim to Gaddafi’s corpse after he was killed in October.

Al Manqoush’s appointment is expected to boost Misrata militias but may also help bring them under control as Libya seeks to transition to democratic rule. Reuters reports:

Manqoush's appointment by National Transitional Council chairperson Mustafa Abdel Jalil could pave the way toward forming a structured military. But it is not clear yet whether militia commanders will accept him.